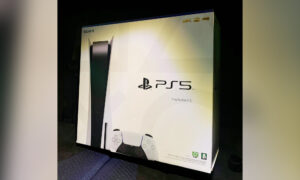 The Yoozoo logo is displayed at the Yoozoo group headquarters in Shanghai, China, on Dec. 8, 2020. (Chinatopix via AP)
China Business & Economy

BEIJING—Chinese regime authorities in Shanghai say they have detained a suspect in the death by possible poisoning of the billionaire founder of a Chinese video game company.

Lin Qi, 39, died on Christmas Day after being hospitalized, according to his company, Yoozoo Games Co., also known as Youzu Interactive.

A police statement said a 39-year-old coworker, identified only by the surname Xu, was detained. The statement said the victim was hospitalized on Dec. 17 and diagnosed with possible poisoning but gave no other details.

An employee who answered the phone Monday at the Shanghai police press office said there was no additional information to release.

Yoozoo also is known for its game “Game of Thrones: Winter Is Coming,” based on the popular TV series.

The company recently partnered up with streaming platform Netflix and the creators of “Game of Thrones” to produce an English-language adaptation of a popular Chinese science fiction novel, “The Three-Body Problem,” according to Hollywood Reporter.

Lin ranked No. 870 among China’s richest entrepreneurs with a net worth of 6.8 billion yuan ($1 billion), according to Hurun Report, which follows China’s wealthy.