China to Take Part in Military Drills With Russia, Starting This Month 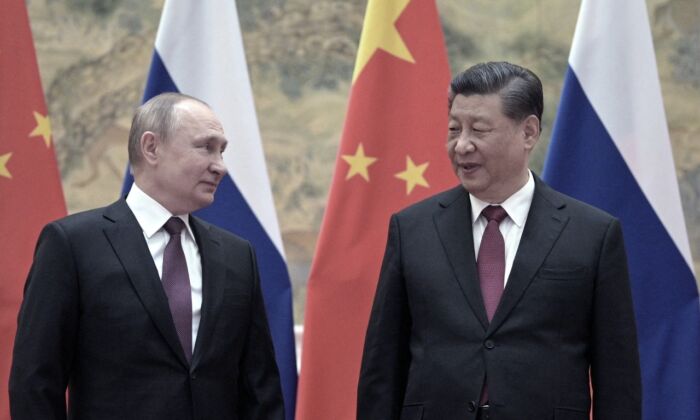 The exercises, which are led by Russia, also include India, Belarus, Mongolia, Tajikistan, and other countries, China’s defense ministry said in a statement.

The ministry added that its participation in the exercises is part of an ongoing bilateral annual cooperation agreement with Russia.

“According to the annual plan of cooperation between the armed forces of the two countries and the agreements of the parties, the PLA will soon allocate and send part of the forces to Russia to participate in the Vostok-2022 exercises,” the Chinese defense ministry said.

China’s participation in the joint exercises is “unrelated to the current international and regional situation,” the ministry added.

Russia’s defense ministry announced in July that it would hold “Vostok” (East) strategic military exercises from Aug. 30 to Sept. 5, even as its costly war with Ukraine rages. At the time, Moscow said some foreign forces would participate but stopped short of identifying them.

“The aim is to deepen practical and friendly cooperation with the armies of participating countries, enhance the level of strategic collaboration among the participating parties, and strengthen the ability to respond to various security threats,” the Chinese defense ministry said on Aug. 17.

Russia’s defense ministry also noted that its capacity to conduct such drills remains unaffected by its “special military operation,” as President Vladimir Putin refers to it, in neighboring Ukraine, and its military would receive all necessary personnel, weapons, and equipment.

“We draw your attention to the fact that only a part of the Armed Forces of the Russian Federation is involved in the special military operation [in Ukraine], the number of which is quite sufficient to fulfill all the tasks set by the Supreme Commander-in-Chief,” the Russian statement said.

It accused some foreign media outlets of spreading “false information” that Russia is allegedly carrying out some mobilization measures.

The last time such exercises took place was in 2018, when China took part for the first time, along with Mongolia.

The exercises come as Russia’s war with Ukraine rages and tensions between China and Taiwan continue to flare, heightened further by U.S. House Speaker Nancy Pelosi’s visit to the self-ruled island this month.

Relations between the United States and both Russia and China have deteriorated; U.S. officials have accused the Chinese Communist Party of considering providing Russia with military support in Ukraine.

Chinese leader Xi Jinping announced a “no limits” partnership with Russia in February, during which Moscow said it “reaffirms its support” for Beijing’s view of Taiwan being its territory that should be taken by force if necessary, while China backed Russia’s opposition to further NATO expansion.

China has also declined to sanction Russia or condemn its invasion of Ukraine.