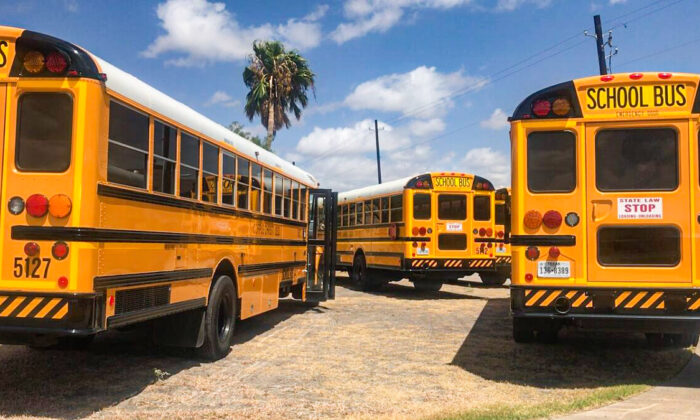 A government-run drag queen dance party for high school kids has set off outrage among parents in an affluent seacoast New England community.

Newburyport Mayor Sean Reardon did not return phone calls from the Epoch Times about the event titled “Over the Rainbow.”

However, Reardon tweeted on Friday that “the event has been grossly mischaracterized by a handful of bad faith actors, who are calling it things it is not.”

Newburyport City Council Bruce Vogel called those opposed to it “viciously intolerant” telling one parent in an email “you should move to a community that supports your intolerant views.”

That parent, Laurie Kench, is among dozens of parents who sent emails to The Epoch Times and posted on Facebook and Twitter expressing their outrage over the event.

“Local municipalities should not be endorsing adult sexualized entertainment for minors,” MFI director of communications and research Mary Ellen Siegler told The Epoch Times, “this is crazy to be promoting  someone in the adult entertainment business as a fun time for kids.”

The drag queen providing the entertainment for the 9th grade to 12th grade dance party goes by the name Miz Diamond Wigfall. Wigfall, a biological male,  performs at a variety of venues locally and nationally. He also posts videos of himself performing in drag.

A month ago, Wigfall posted a video in which he performs a racy dance while lip syncing to a sexually explicit song called “Coconuts.” The song was recently released by Kim Petras who last year released the album “Slut Pop.”  In a December 2021 article by DIY Magazine, Petras said about her song Coconuts, “I love writing [expletive] up, dirty stuff, so there’s a lot of slut on it.”

Wigfall also has  several partially nude pictures of himself posted on his Instagram page including completely nude and closeup photos of his buttocks.  In an article published last month in Rainbow Times, Wigfall, who also goes by the name name of AJ Fenway Parker, gave a detailed account of a performance during the New York City Pride Festival in which the leotard he was wearing came undone near his genitals.

“The crotch on my leotard popped open and I was like, ‘Whatever, I’m going to keep going and from that point on, I always had a safety pin,” he recalled with a laugh, the online magazine reported him as saying. Wigfall joked about it happening again at a later show.

In a 2018 article, Wigfall was also quoted as saying that when he performs he tries “his best to keep toxic masculinity away from children.”

Wigfall did not respond to a reques to comment.

The Epoch Times also reached out to Andrea Egmont, Director of the Newburyport Youth Services (NYS), which is co-sponsoring the event with the North Shore Alliance for LGBTQ+ Youth.

Egmont later posted on Facebook that “the story has now hit several conservative websites from what we understand with absolutely appalling click bait titles.”

She called complaints about the dance as “homophic rhetoric,” and that it has mistakenly labeled a drag show, when it is just a dance with a drag queen DJ “playing music and running some games.”

Egmont said in her Facebook post, that for the event, her staff looked for a “DJ who represents LGBTQIA+ culture” and that they picked “Miz Diamond” because she was a fixture in the area drag community with a history of drawing families of all ages. Egmont posted a video in her post showing Wigfall holding a drag queen story hour for toddlers and another video of Wigfall performing a fundraiser for The Trevor Project.

Egmont, Read and Vogel also emphasized that the criticism of the city over the dance was unwarranted because it was private and not taxpayer funded. Parents and other Newburyport officials opposed to the dance called that claim “plain ridiculous.”

“NYS is not in any way a private organization, it’s a city department just like DPS/DPW, our Planning Office, Parks Department and so-on,”  Newburyport City Councilor Omar Zeid told The Epoch Times, “its employees are city employees. All of the funds it collects are subject to public scrutiny.”

The city budget shows that the NYS, which identifies itself as a municipal budget on its website, is definitely city funded, having received $437,121 in tax dollars in 2021. Egmont also indicated in her own Facebook post that the municipal department will be providing staffing for the event.

“The agenda seems obvious,” she said, “to keep parents in the dark while they exploit and groom our children.”

Ken Wood, a resident in nearby Georgetown, told The Epoch Times he is disturbed, but not surprised by the drag queen dance party. “I have been watching our local governments and schools become obsessed with child sexuality and deviant sexual behavior,” Wood said, “It’s not acceptable.”

In support of the event, Newburyport City Councilor Ed Cameron wrote in a statement  that “it was concerning that the right wing ‘culture wars’ are coming to Newburyport.”

“What’s next, banning Mickey Mouse from our public schools?,” he said.

The drag dance party is now looking for a new venue. According to Egmont’s Facebook post, the St. John’s Masonic Lodge in Newburyport, where the event was scheduled to take place,  recently rescinded its facility for the party, which she blamed on complaints from parents.

The Epoch Times was unable to reach anyone for comment at the lodge.

Correction: a previous version of this article stated an incorrect title for Mary Ellen. She is the director of communications and research for Massachusetts Family Institute.