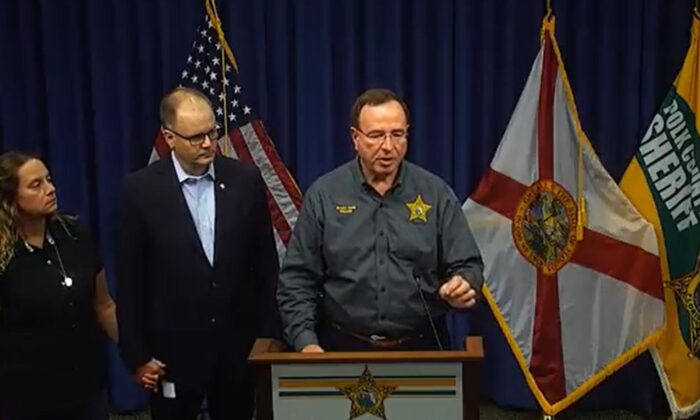 “The online prostitution industry enables traffickers and allows for the continued victimization of those who are being trafficked,” said Sheriff Grady Judd in a press release on Friday. “Our goal is to identify victims, offer them help, and arrest those who are fueling the exploitation of human beings (Johns) and those profiting from the exploitation of human beings.”

Two trafficking victims and another five possible victims were identified in the operation dubbed “Fall Haul 2.” Deputies said that out of the 160 arrested, 26 claimed to be married, 15 were from other states including New York and California, 16 were living in Polk County, and seven are suspected of being illegal immigrants.

Drugs like cocaine, marijuana, and heroin were seized during the operation. The age of those arrested ranged from 19 to 64 years old, and the criminal histories of all arrested included 419 previous felonies and 619 previous misdemeanors, involving charges for kidnapping, robbery, and sex offenses.

Polk County detectives have charged those arrested with a total of 52 felonies and 216 misdemeanors.

“Many of these people were already well known to the criminal justice system,” said Judd in a press conference on Friday, adding that many of the arrested were from the Orlando area. “Central Florida needs to catch a clue. If you come here to commit crime, you’re coming here to go to our jail.”

The arrested included 41-year-old Cameron Burke of Ocoee, who was taken into custody for soliciting. During the time of the arrest, Burke was released on bond for lewd and lascivious battery on a 15-year-old student at Oak Ridge High School in Orange County where he was employed as a computer technician.

Carlos Gonzalez, 36, of Davenport, a math teacher at New Dimensions High School in Osceola County, was arrested for two counts of soliciting. John Layton, 26, of Gotha was also apprehended for solicitation after responding to an online escort advertisement. Layton is employed as a non-faculty coach at West Orange High School in Orange County.

Guillermo Perez, 57, of Winter Garden, working as a bellhop at Disney’s Coronado Springs Resort, was taken into custody for soliciting a prostitute. Self-employed photographer 26-year-old Samy Claude of Orlando was arrested along the same lines. He often did contract work for Disney.

Another notable arrest was that of Jason DiPrima, a deputy police chief from Georgia, who tried to hire an undercover detective for prostitution. DiPrima has since resigned from his position. “He did a very mean, nasty thing to his family, and he certainly embarrassed all the people of Cartersville [Georgia],” Judd said.

According to the sheriff’s office, DiPrima—a graduate of the FBI academy—was employed as the deputy chief of Police Administration for Cartersville Police Department where he had been serving for almost three decades.

Polk County Sheriff’s Office was assisted in the effort by different police departments, along with social services organizations like One More Child, Heartland for Children, My Name My Voice, Selah Freedom, and the Children’s Home Society of Florida. Polk County is the fourth largest county in Florida, with an estimated population of 715,000.