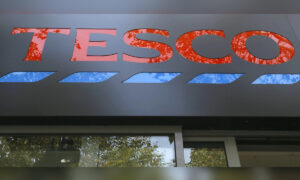 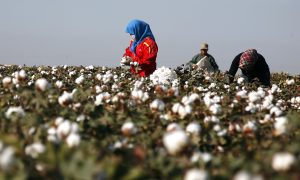 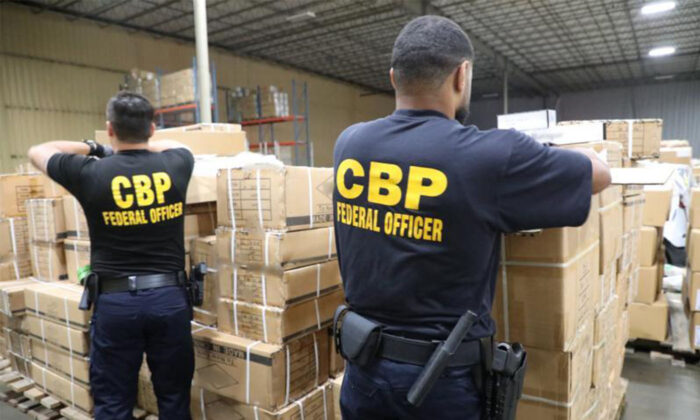 U.S. Customs and Border Protection (CBP) officers inspect shipment of hair products from China at the port of New York/Newark on July 1, 2020. (CBP)
US News

U.S. Customs and Border Protection (CBP) announced July 1 that the agency seized a shipment of products suspected to have been made by forced labor in China.

The products, originating from Xinjiang, China, appear to be made with human hair, the agency said in a statement.

The shipment, confiscated at Port of New York/Newark, contains around 13 tons of hair products worth over $800,000.

“The production of these goods constitutes a very serious human rights violation, and the detention order is intended to send a clear and direct message to all entities seeking to do business with the United States that illicit and inhumane practices will not be tolerated in U.S. supply chains,” said Brenda Smith, executive assistant commissioner of the CBP Office of Trade.

Under the WRO, Meixin products will be seized at all U.S. ports of entry, the CBP said in the statement.

“The use of forced labor is not just a serious human rights issue, but also brings about unfair competition in our global supply chains,” the CBP Office of Trade stated.

“It is absolutely essential that American importers ensure that the integrity of their supply chain meets the humane and ethical standards expected by the American government and by American consumers,” Smith added.

According to figures cited by the U.S. Congressional-Executive Commission on China and the U.N., as many as 1 million Uyghurs and other ethnic minorities are believed to be detained in Chinese reeducation facilities, which Beijing says are to “educate and transform” those whom the Chinese Communist Party (CCP) deems at risk of the “three evil forces” of “extremism, separatism, and terrorism.”

Mounting evidence suggests that detainees including Uyghurs, Falun Gong practitioners, and other prisoners of conscience are being exploited for forced labor in various detention facilities around China.

Secretary of State Mike Pompeo, along with the Treasury Department, Department of Commerce, and Department of Homeland Security, issued a Xinjiang supply chain business advisory on July 1 warning U.S. businesses about the risk of supply chain links to Chinese entities that engage in human rights abuses, including forced labor.

“Targeted against ethnic and religious minorities, the People’s Republic of China’s use of forced labor is no longer confined to the Xinjiang region but is increasingly taking place across China through PRC government-facilitated arrangements with private sector manufacturers,” Pompeo said in a statement.