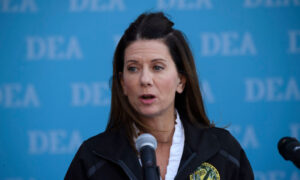 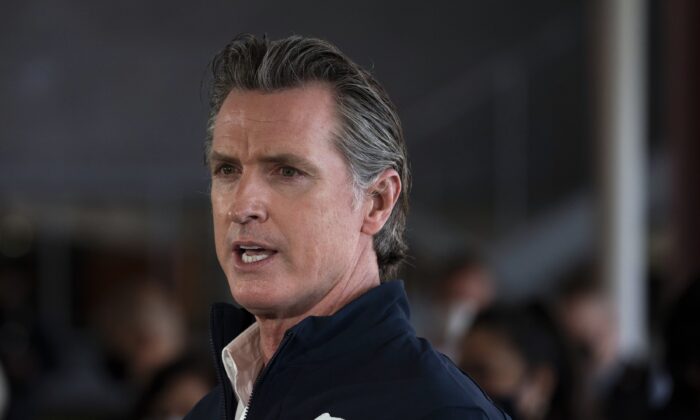 California Gov. Gavin Newsom announced a $6.6 billion deal with state legislative leaders that will fund the reopening of some public school classrooms.

The majority of the budget package will finance contact tracing efforts, school safety measures, and other aspects of returning to in-person instruction, with the rest to go toward expanding children’s opportunities to learn, with one example being summer school.

To pressure districts into reopening faster, schools must offer in-person instruction to grades K-2 and all high-needs students, regardless of grade, by the end of March. If they don’t, they stand to lose 1 percent of eligible funds for every day they delay.

“Single mothers, in particular, are celebrating I imagine this day, compared to many other previous days,” Newsom, a Democrat, said at a press conference. “So many of our kids and caregivers are celebrating this day because we all are united around coming back safely into the schools and helping with the social and emotional supports that our kids so desperately need.”

Part of the plan involves boosting the number of COVID-19 vaccine doses available to teachers, whose unions have pushed for vaccinations to precede a return to in-person learning.

But officials don’t view vaccinations as a prerequisite for reopening, Newsom said, citing Dr. Anthony Fauci, a top federal health official, among others.

Studies conducted in multiple countries have shown that a return to in-person instruction did not drive a major increase in community transmission of the CCP (Chinese Communist Party) virus, which causes the disease COVID-19. Schools in a number of states reopened last year for in-person instruction, with little impact.

About 42.6 percent of U.S. primary students were attending in-person, everyday schooling as of Feb. 28, according to school data aggregator Burbio, including over 54 percent of K-5 students. But few schools in California have resumed such traditional schooling, the organization said in its latest update.

Newsom made the announcement at Franklin Elementary School in the Elk Grove Unified School District, the fifth-largest in the state. The district was among the first to close its school doors last year; officials last week announced plans to reopen grades K-6 in mid-March and the rest of the grades next month.

Republicans had blamed Democrats, who hold control of the governor’s mansion and both state legislative chambers, for not moving faster to reopen schools.

“For months, Republicans have been calling to reopen schools safely, in accordance with CDC guidance,” Assembly Republican Leader Marie Waldron said last week. “Yet, the Governor’s confusing and ineffective tier system is keeping schools closed and is causing hardship for parents and, most importantly, is causing irreparable harm to students.”

Newsom is facing a serious recall effort, in part because of backlash against his harsh orders during the pandemic; the restrictions haven’t prevented California from being the state with the most COVID-19 cases and the most deaths involving the disease. California is the most populous U.S. state.

The special election to recall Newsom, who is in his first term, will likely be held by the fall, according to a senior adviser to the Recall Gavin 2020 effort.