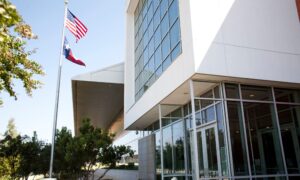 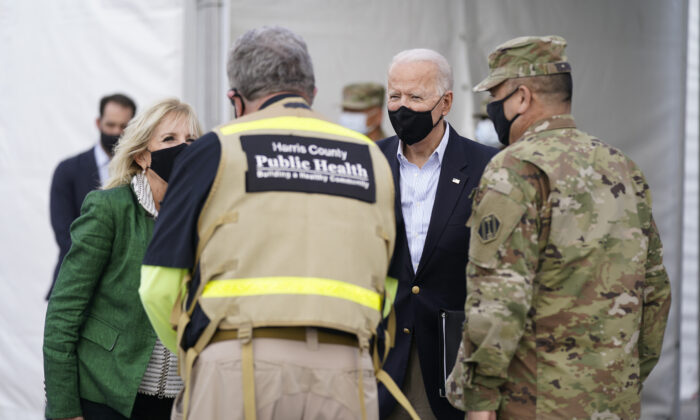 Biden Visits Texas, Promises to Help With Recovery From Storms

President Joe Biden on Friday flew to Texas for the first time since the state was struck by severe storms, promising that the federal government would help people recover.

“We will be true partners to help you recover and rebuild from the storms and this pandemic and the economic crisis,” Biden told a crowd at a Federal Emergency Management Agency (FEMA)-run COVID-19 vaccination facility at NRG Stadium in Houston.

FEMA is providing millions of gallons of water and millions of meals, as well as direct assistance, to uninsured homeowners to repair the damage burst pipes caused to homes across Texas, Biden said, noting he declared a major disaster, which assists local officials in creating shelter spaces for people dislodged from their homes due to the storms.

The Defense Logistics Agency and the Army Corps of Engineers from the Defense Department are helping people who lost power by sending generators and diesel fuel to crucial sites such as hospitals, while the Environmental Protection Agency has deployed mobile water laboratories to test water in the major cities of Houston, San Antonio, and Fort Worth after the water supply was affected by the storms.

According to Elizabeth Sherwood-Randall, deputy national security adviser, FEMA and other government agencies have sent over 2 million meals, nearly 2 million gallons of water, more than 100,000 gallons of fuel, and “lots and lots” of blankets to Texas.

“We’re very focused on meeting immediate needs, as well as providing direct, individual financial assistance to uninsured families to help them recover from the disastrous effects of extreme weather,” she told reporters on board Air Force One while Biden and his team flew to the state.

“When it comes to natural disasters like those we’ve experienced here, the president has made it clear that there is no such thing as a red state or a blue county; there are just Americans in urgent need. And that’s why he has made it a priority to travel to Texas today to understand how the recovery is going and to express his gratitude to the dedicated first responders who he’ll meet with.”

Biden sounded a similar theme in Houston, noting how he’d been joined by Gov. Greg Abbott and other Republicans as well as Democrats like Rep. Sheila Jackson Lee (D-Texas).

NRG Stadium is being used as a mass COVID-19 vaccination site. Up to 6,000 people are getting shots there every day.

Storms began hitting Texas about two weeks ago. White House officials said Biden didn’t travel to the state until Friday because of the footprint a presidential visit carries. They didn’t want the visit to interfere with the emergency response.

Millions lost power during the storms, which crippled the electric grid as demand skyrocketed because of the cold weather. Virtually all power has been restored, although problems with water purity are ongoing.