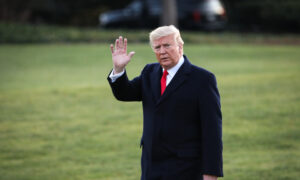 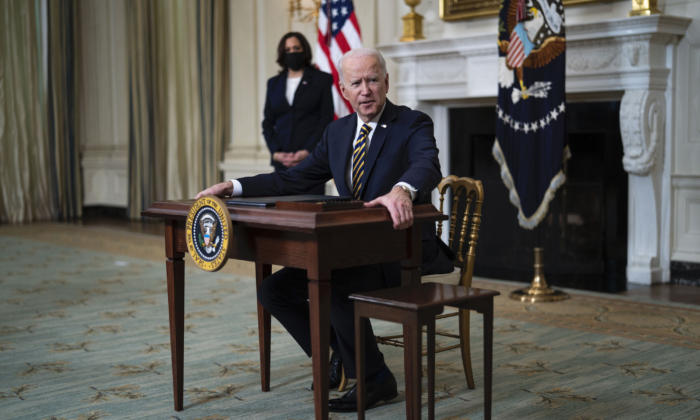 President Joe Biden revoked seven executive orders on Feb. 24 issued by President Donald Trump between 2017 and 2021. The White House offered no explanation for the revocation in its formal press release.

Biden’s action revoked one of the first executive actions Trump signed upon taking office—an executive order titled Core Principles for Regulating the United States Financial System. The order set out the Trump administration’s policy on financial regulation, with the first listed goal to “empower Americans to make independent financial decisions and informed choices in the marketplace, save for retirement, and build individual wealth.”

The policy also sought to “prevent taxpayer-funded bailouts” and to “enable American companies to be competitive with foreign firms in domestic and foreign markets,” among other priorities.

Biden also sacked an April 2018 executive order titled “Reducing Poverty in America by Promoting Opportunity and Economic Mobility.” Trump’s order directed the federal government to reform the welfare system around a set of core principles, including improving economic independence, targeting benefits for people with low incomes, and reducing “wasteful spending by consolidating or eliminating federal programs that are duplicative or ineffective.”

The Biden administration also axed a presidential memo that unshackled the Department of Defense from collective bargaining constraints in order to give the military maximum flexibility “to cultivate a lethal, agile force adaptive to new technologies and posture changes.”

The Epoch Times sent a request for comment to a Trump spokesman. The seven executive actions revoked on Wednesday are the latest reversals of Trump administration policies taken by the Biden administration.

The list of revocations also includes a COVID-19 executive order Trump issued that directed federal agencies to address the economic repercussions of the pandemic by “rescinding, modifying, waiving, or providing exemptions from regulations” which could imperil economic recovery. Another canceled Trump memorandum had directed the federal government to review funding for localities like Seattle, which took a lax stance on anarchy and riots during the summer and fall of 2020.

An order titled Promoting Beautiful Federal Civic Architecture, which directed a sweeping stylistic overhaul of federal architecture with a focus on a return to classical and traditional forms, was also undone. Biden is also wiping out one of the last executive orders issued by Trump, which had forbidden unelected bureaucrats from initiating or signing off on federal rules.