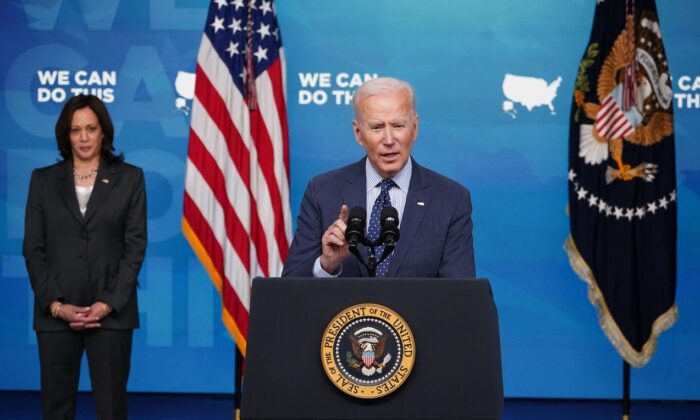 President Joe Biden, with Vice President Kamala Harris, speaks in the South Court Auditorium of the Eisenhower Executive Office Building, next to the White House, in Washington, on June 2, 2021. (Mandel Ngan/AFP via Getty Images)
By Emel Akan