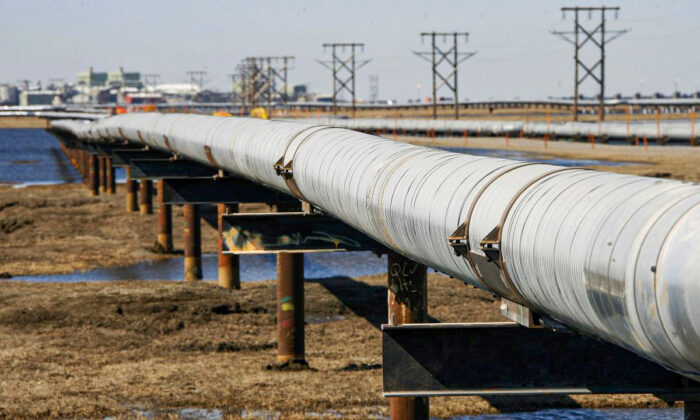 The Biden administration has proposed a new rule that would give states more power to oppose energy projects and other infrastructure through control of water quality permits, rolling back a Trump-era regulation that made it harder for such projects to be blocked.

The Environmental Protection Agency (EPA) said on June 2 that it has put forward a draft rule that would update regulatory requirements for water quality certification under Section 401 of the Clean Water Act.

For decades, states, tribes, and territories had broad authority under Section 401 of the Clean Water Act to halt infrastructure projects or force changes to them by leveraging water quality compliance restrictions.

Seeking to streamline the development of energy infrastructure, the Trump administration adopted a rule that modified Section 401, imposing limits on the timing and scope of a state or tribe’s ability to add conditions related to water quality permits issued by the federal government.

The Biden administration last year announced it was planning to reverse major components of the Trump-era changes, arguing that they eroded state and tribal authority to protect their water resources.

EPA’s proposed rule would shift more of the water quality certification authority back to states, tribes, and territories.

The Trump-era rule limited the scope of local reviews to potential impacts of projects on water quality by focusing reviews on pollution discharges into rivers, streams, and wetlands. By contrast, the new EPA proposal seeks to reinstate “the broader and more environmentally protective scope of review,” according to the EPA fact sheet (pdf).

While the Trump-era rule limited the duration of water quality permit reviews to one year, the new proposal would also give local authorities a role in determining what a “reasonable period of time” is for such permit reviews.

“The CWA Section 401 certifications serve as the first and sometimes the only line of defense protecting tribal waters from pollutant discharge flowing within and on to our reservation lands,” National Tribal Water Council Chairman Ken Norton said in a statement.

“A strengthening of the 401 certification rule serves to protect our tribal nations’ water and cultural values,” he added.

Jon Devine, the Natural Resources Defense Council’s director for federal water policy, said in a statement that the new EPA proposal would leave bodies of water “better protected by the people who deeply understand their water resources, guided by science and law.”

Karen Harbert, president and CEO of the American Gas Association, said in a statement that the group was concerned that the Biden proposal would increase the regulatory burden on companies seeking to develop energy infrastructure and make it more expensive.

“It should not take longer to get the permits and permissions for a pipeline than it does to build one,” Harbert said in a statement.

“A few states have misused their authority under section 401 of the Clean Water Act in an attempt to block projects they do not like for unrelated reasons,” she added.

The proposed rule is now open to public consultation for a period of 60 days.