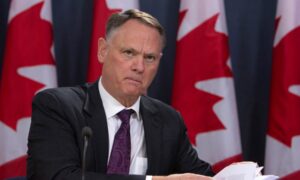 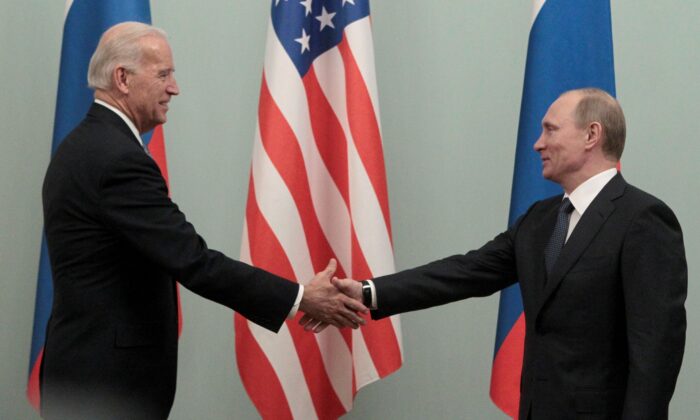 The Biden administration on April 15 imposed fresh sanctions on Russia and expelled some diplomatic personnel over cyberattacks allegedly carried out by Moscow against the United States.

President Joe Biden signed an executive order that “provides strengthened authorities to demonstrate the Administration’s resolve in responding to and deterring the full scope of Russia’s harmful foreign activities,” the White House said in a statement.

The executive order was designed to send a message to the Kremlin that the White House will “impose costs in a strategic and economically impactful manner on Russia if it continues or escalates its destabilizing international actions,” including “efforts to undermine the conduct of free and fair democratic elections” and institutions in the United States.

The White House news release also made mention of Russia’s alleged attempts to “engage in and facilitate malicious cyber activities against the United States and its allies and partners.”

Russia is accused of facilitating a cyberattack in December against SolarWinds software used by a number of federal agencies. In that intrusion, Russian hackers are believed to have infected widely used software with malicious code, enabling them to access the networks of at least nine agencies in what U.S. officials believe was an intelligence-gathering operation aimed at mining government secrets.

A spokesperson for the Kremlin, Dmitry Peskov, condemned the fresh round of sanctions and promised that Russia would respond against the United States.

“We condemn any pursuit of sanctions, we consider them illegal. In any case, the principle of reciprocity in this matter is valid; reciprocity in a way that best serves our interests,” Peskov said, according to the TASS news agency.

About a possible Putin–Biden meeting, Peskov said, “It goes without saying that possible sanctions being discussed would by no means promote such a meeting.”

According to the White House: “The [Russian Foreign Intelligence Service’s] compromise of the SolarWinds software supply chain gave it the ability to spy on or potentially disrupt more than 16,000 computer systems worldwide. The scope of this compromise is a national security and public safety concern. Moreover, it places an undue burden on the mostly private sector victims who must bear the unusually high cost of mitigating this incident.”

The Biden administration said that the 10 diplomats being expelled include representatives of Russian intelligence services.

Despite the new order, Biden believes he should hold a summit with Russian President Vladimir Putin to talk about “issues facing our relationship,” said national security adviser Jake Sullivan in a CNN interview on April 15. U.S.–Russia relations can be “stable and predictable,” he said.

“President Biden made no bones about the fact we will be taking actions this week, but he also indicated that he wants to get to that stability in this relationship, and he believes that if President Putin is prepared to do that as well, we can find a course ahead that does not lead to a cycle of confrontation,” Sullivan said.

The actions are the second major round of sanctions imposed by the Biden administration against the Russian government. Last month, the U.S. sanctioned seven mid-level and senior Russian officials along with more than a dozen government entities for its treatment of opposition leader Alexei Navalny and his subsequent jailing.

The White House decided to keep the Trump-appointed U.S. ambassador to Russia and invited Putin to a climate change conference in late April.

It wasn’t immediately clear what, if any, other actions might be planned against Russia. Officials had previously said they expected to take actions both seen and unseen.