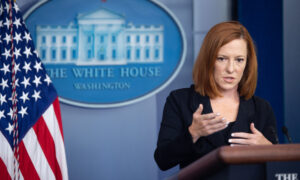 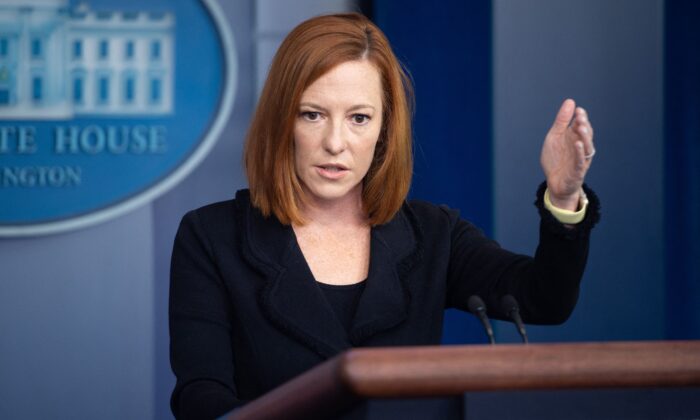 The White House on Monday warned that the looming government shutdown could hurt the Biden administration’s COVID-19 mandates.

Congress has until the end of September pass legislation to avert a shutdown as Republicans and Democrats have struggled to come to an agreement on a number of measures. Government shutdowns, which generally don’t last longer than a month, can cause the disruption of the federal government’s programs and services, not limited to closing down national parks and institutions, some Defense Department programs, and programs that are funded by laws rather than annual appropriations acts.

As a result, some public health measures could be impacted due to the shutdown, White House press secretary Jen Psaki said on Monday.

“It is never a good thing for the government to shut down, and that is why we are doing everything we can to prevent that from happening,” Psaki said in response to a question.

A number of public health operations would continue in the midst of a shutdown, she said, saying that “most of the public health work would be exempted from a government shutdown … but that doesn’t change the fact that having services shut down, staffing cut in different agencies, is not in the interests of addressing any crisis we face, including the pandemic.”

“So will they continue to work at 100 percent when it comes to pandemic response, or what is the preparation for that,” Psaki continued to say, adding that the administration has made unspecified “contingency plans.” “Again, public health officials, for the most part, would be exempt, but government shutdowns also are hugely costly.”

Furloughs could hit 62 percent of employees at the U.S. Centers for Disease Control and Prevention (CDC), the federal health agency at the center of the Biden administration’s COVID-19 vaccine and masking mandates, according to an agency shutdown plan obtained by Reuters.

The House and Senate have until midnight on Thursday to pass a continuing resolution to avert the shutdown. The Biden administration has issued a number of memos calling on lawmakers to pass the resolution as well as pass a bill that raises or suspends the debt limit before the United States defaults sometime in mid-October.

Warning that the country’s ability to fulfill its fiscal obligations will expire next month, Treasury Secretary Janet Yellen wrote a letter earlier this month to Congress urging lawmakers to act. The scenario, she said, has never occurred in U.S. history, and should it occur, it would “cause irreparable damage to the U.S. economy and global financial markets.”

Some analysts have said that as many as six million jobs would be lost due to a U.S. default, while the Biden administration has warned it would potentially trigger a recession.