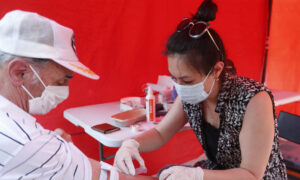 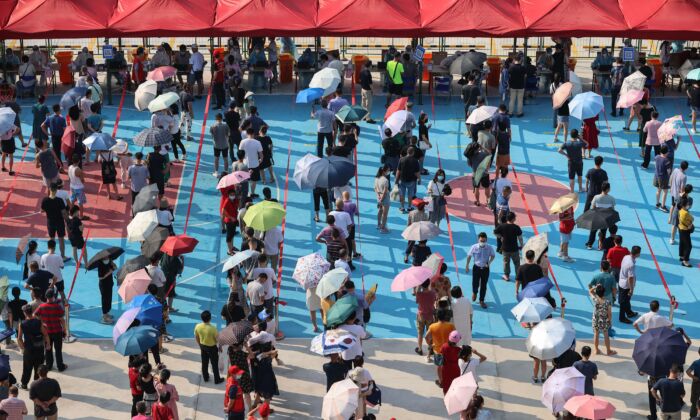 Beijing Claims to Have Fully Vaccinated Over 1 Billion People

China announced on Thursday that it has fully vaccinated more than 1 billion people against COVID-19—over 70 percent of the entire population.

Ten months ago, the Chinese Communist Party rolled out the immunization campaign to those aged 12 and older. Nearly 2.2 billion vaccine doses had been administered to date, National Health Commission spokesperson Mi Feng said at a news conference on Sept. 16.

It comes as the country is battling a cluster of cases in the southeastern province of Fujian, where over 200 cases have been confirmed in the past week.

However, despite the city of Xiamen seeing a new surge of the Delta variant, municipal health authorities halted local vaccination on Tuesday. Officials did not comment on the suspension.

The move soon sparked public speculation, with some questioning the safety of inactivated Chinese-made vaccines.

The Epoch Times contacted the local Center for Disease Control (CDC) for further information but did not receive a response.

On Thursday, Wang Huaqing, chief expert at China’s CDC, suggested those under 12 years old be included in the vaccine rollout.