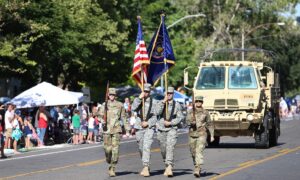 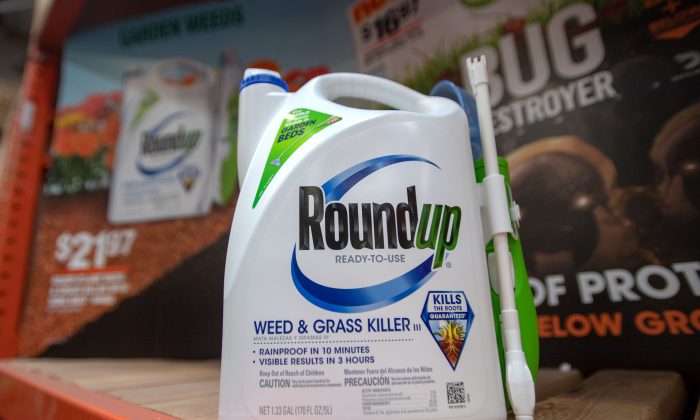 Chemicals giant Bayer AG won’t appeal a $20.5 million jury verdict against it over Roundup, a weedkiller containing glyphosate whose use a California school groundskeeper said gave him cancer.

Dewayne Anthony Lee Johnson, who worked for the Benicia Unified School District, sued Monsanto Co., claiming he developed non-Hodgkin lymphoma after being soaked in Roundup, which has been on the market since 1976 and contains glyphosate, the most popular herbicide in the United States. Bayer acquired Roundup with its 2018 purchase of Monsanto.

The day of the accident, “the sprayer broke, and I got drenched in the [herbicide], I didn’t think that much about it,” Johnson told Time magazine in 2018.

“I washed up in the sink as best I could and changed my clothes. Later, I went home and took a good long shower but I didn’t think, ‘Oh my god, I’m going to die from this stuff.’ Then I got a little rash. Then it got worse and worse and worse. At one point, I had lesions on my face, on my lips, all over my arms and legs.”

In addition to its use in gardening and groundskeeping, glyphosate also is widely used by farmers in the United States and Brazil on crops genetically engineered to withstand its herbicidal effect.

Glyphosate is used to control a variety of grasses and broadleaf weeds. The chemical “is used on about 298 million acres of agricultural cropland every year and is effective and affordable,” the U.S. Environmental Protection Agency (EPA) stated in November 2020.

The EPA and European regulators have found that glyphosate “poses no significant cancer risks to the general public, based on currently approved, food-crop uses and the levels of dietary exposure expected in the general population (including residues in drinking water and beverages),” according to a 2019 article in Environmental Sciences Europe.

Glyphosate has been deemed a probable human carcinogen by the International Agency for Research on Cancer (IARC), which is part of the World Health Organization.

In 2018, a San Francisco jury unanimously ruled against the former Creve Coeur, Missouri-based Monsanto, which Bayer Aktiengesellschaft, a multinational pharmaceutical and life sciences company based in Leverkusen, Germany, purchased and absorbed that same year for $63 billion.

The jury awarded Johnson $289 million, which a judge reduced to $78 million.

The California Court of Appeals further reduced the award to $20.5 million, and last year, the California Supreme Court refused to review that decision. The Johnson award set off a frenzy of lawsuits over Roundup.

Bayer told reporters its decision not to seek review from the nation’s highest court reflected a “strategic consideration” that a $25 million judgment in a separate lawsuit, Hardeman v. Monsanto, was better suited for Supreme Court review, Reuters reported. Bayer is currently appealing that judgment to the U.S. Court of Appeals for the 9th Circuit. The company is also appealing a third jury verdict in California.

“Bayer and Monsanto saw the writing on the wall—the Johnson verdict was grounded in science and careful application of California law, and the Supreme Court was never going to upset the verdict,” Johnson lawyer Brent Wisner told Reuters.

Last month, Bayer reached a $2 billion settlement that will cover future legal claims in which parties assert that Roundup has caused cancer. Under the plan, Bayer will provide $2 billion over four years. Future individual claimants could receive as much as $200,000 under the deal.

Glyphosate will stay on the market. Bayer has agreed to seek permission from the EPA to provide a reference link on product labels so consumers can locate scientific studies on the weedkiller.

Without admitting liability, Bayer agreed in June 2020 to pay as much as $10.9 billion to resolve tens of thousands of lawsuits claiming Roundup causes cancer, The Epoch Times previously reported. The agreement should bring closure to about three-quarters of current Roundup litigation, Bayer said.

About $8.8 billion to $9.6 billion will be paid to settle current lawsuits, while $1.25 billion will be set aside for a separate class agreement to cover potential future lawsuits.

Werner Baumann, CEO of Bayer, said at the time that the settlement “resolves most current claims and puts in place a clear mechanism to manage risks of potential future litigation.”

With reporting from Zachary Stieber