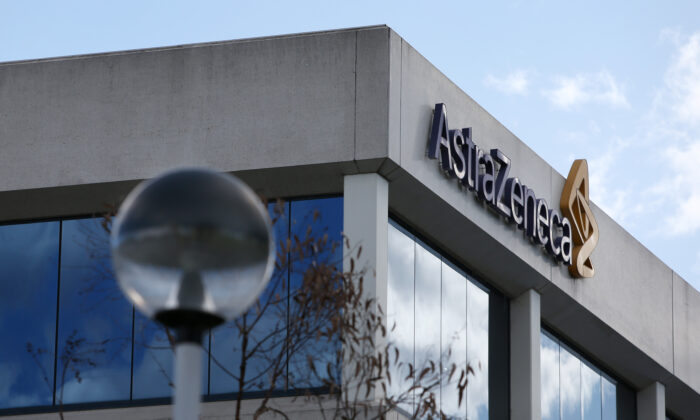 AstraZeneca’s CCP virus vaccine is producing an encouraging immune response among both older and younger adults, the drugmaker said on Oct. 26. That puts the vaccine one step closer to being available in Canada.

The drugmaker said its COVID-19 vaccine produces a similar immune response in both old and young adults, and triggers lower adverse responses among the elderly during clinical trials.

“It is encouraging to see immunogenicity responses were similar between older and younger adults and that reactogenicity was lower in older adults, where the COVID-19 disease severity is higher,” an AstraZeneca spokesman said on Oct. 26.

“The results further build the body of evidence for the safety and immunogenicity of AZD1222,” the spokesman added, referring to the technical name of the vaccine.

If the vaccine proves effective against the COVID-19 virus, Canadians will have access to it as announced by Prime Minister Justin Trudeau in September.

“We’ve reached an agreement with AstraZeneca for the vaccine they are developing with the University of Oxford. This agreement secures up to 20 million doses for Canadians, should the vaccine trials be successful,” Trudeau said on Sept. 25.

On Sept. 11, the Oxford Vaccine Center published its COVID-19 vaccine trial participant information sheet (pdf) to inform the public how the new vaccine is performing in trails against the novel coronavirus. The study is being conducted by the Jenner Institute and Oxford Vaccine Group.

According to the sheet, participants experienced some “unexplained neurological symptoms including changed sensation or limb weakness.”

However, after independent safety reviews, it was concluded that “these diseases were either considered unlikely to be associated with the vaccine or there was insufficient evidence to say for certain that the illnesses were or were not related to the vaccine.”

In addition, the independent reviewers, after considering the information for each case, recommended that vaccinations should continue, while “close monitoring of the affected individuals and other participants will be continued.”

“With any new medicine or vaccine there is always a possibility of an unexpected side effect,” the sheet read.

On Sept. 6, clinical trials of AZD1222 were voluntarily paused globally as part of a standard review process to allow independent reviewers to examine the safety data from the trials.

Then on Oct. 23, after the investigation on whether the vaccine could be linked to adverse side effects, the U.S. Food and Drug Administration gave AstraZeneca and Oxford the go-ahead as it deemed the clinical trials safe to resume.

“The restart of clinical trials across the world is great news as it allows us to continue our efforts to develop this vaccine to help defeat this terrible pandemic,” said Pascal Soriot, CEO of AstraZeneca. “We should be reassured by the care taken by independent regulators to protect the public and ensure the vaccine is safe before it is approved for use.”

According to Oxford, the AZD1222 vaccine is made from a weakened version of a common cold virus that causes infection in chimpanzees. The lab genetically changed it so that upon vaccination, the human body will recognize and develop an immune response to stop the COVID-19 virus from entering.

AstraZeneca is a global biopharmaceutical company that researches and develops medicines for the treatment of diseases in areas of oncology, cardiovascular, renal and metabolism, and respiratory and immunology.