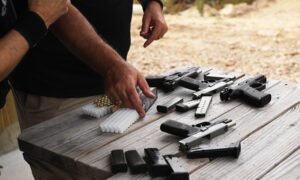 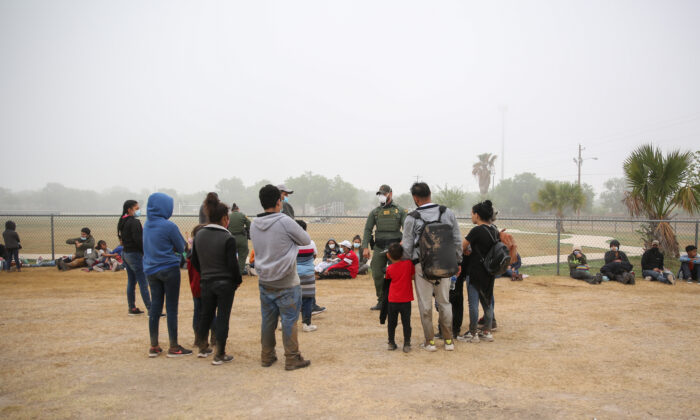 Arizona Attorney General Mark Brnovich on Tuesday urged Gov. Doug Ducey to take “swift” action in response to the burgeoning crisis at the U.S. southern border, including declaring a state of emergency in the Grand Canyon State.

Brnovich made the request in a letter to Ducey, arguing that the state should do more to help curb the flow of illegal immigration and assist federal law enforcement agents who have been overwhelmed by the surge.

“Reversing the devastating trends at the border will require enforcing the rule of law and holding the federal government accountable,” Brnovich wrote in the letter. A copy was obtained by The Epoch Times.

He called on Ducey to declare a state of emergency and convene an emergency council, as well as activate the National Guard to augment federal border agents’ efforts.

“While you’ve recently requested assistance from the federal government to fund this type of action, time is of the essence. Border Patrol agents and local law enforcement officials are overwhelmed and demoralized by this unprecedented surge of illegal immigration,” Brnovich wrote.

“They require reinforcements as soon as possible, even if it means we have to act now and fight for the federal dollars later.”

It comes a day after Brnovich announced that he had filed a lawsuit against the Biden administration alleging that it violated the National Environmental Policy Act (NEPA) by failing to weigh environmental considerations before making major decisions on immigration.

The lawsuit claims the Department of Homeland Security (DHS) and other agencies did not provide environmental impact statements or environmental assessments when it halted border wall construction and terminated the Trump-era “Remain in Mexico” policy, which the state claims resulted in immigrants being released.

“While the courts have repeatedly recognized that the environmental impacts of such policies must be analyzed prior to their implementation under NEPA, DHS has never attempted to do so,” the Arizona attorney general’s office said in a statement.

Brnovich’s letter also asks Ducey to consider providing financial assistance to cities and towns that are dealing with the surge of illegal immigration. One such town, Gila Bend Town Council, recently declared a state of emergency after Border Patrol dropped dozens of illegal immigrants at a town park, the attorney general wrote.

“These cities and towns will soon hit their breaking point if we do not provide additional resources,” he said.

Ducey and Brnovich’s offices did not immediately respond to The Epoch Times’ request for comment on the letter.

For the month of March, Customs and Border Protection agents encountered over 172,000 illegal immigrants, according to statistics released on April 8. This is up from just over 101,000 individuals encountered in February.