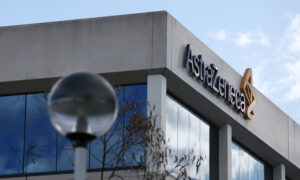 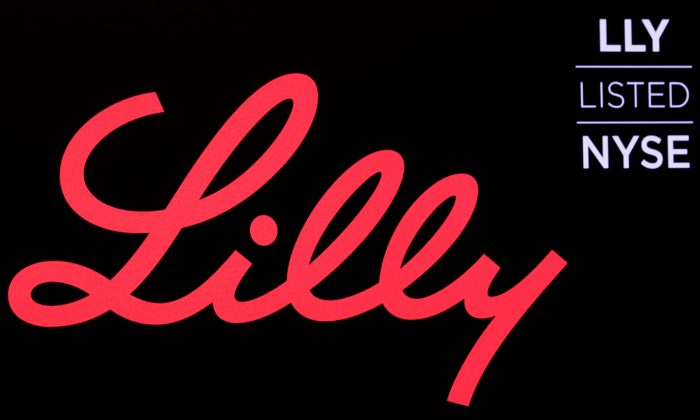 The logo and ticker for Eli Lilly and Co. are displayed on a screen on the floor of the New York Stock Exchange (NYSE) in New York, on May 18, 2018. (Brendan McDermid/Reuters)
US News

In a study published in the New England Journal of Medicine on Oct. 28, the company stated that from the interim analysis of the data, patients have shown an improvement. The patients recruited in this study were individuals who tested positive for the disease caused by the CCP virus within the past three days but aren’t hospitalized.

The study, which ran from July 17 to Aug. 21, recruited a total of 467 patients, 452 of whom had their data used for the interim analysis.

Moreover, nearly 70 percent of patients also have at least one risk factor for COVID-19 such as a high body mass index (35 or more), old age (65 or older), or an ongoing relevant illness.

After analyzing the data received from the patients, the company stated that the study dealt with patients infected with a mild or moderate case of the CCP virus infection, and compared to those who were given the placebo, patients who received doses of the neutralizing antibody treatment LY-CoV555 were found to have a lower amount of viral load.

Moreover, out of the three subgroups who received different doses of the neutralizing antibody treatment, only the subgroup that received the 2800 mg showed “evidence of accelerated viral clearance.” However, the study indicated that more research needed to be conducted in order to determine the effectiveness of the other doses.

“If these results are confirmed in additional analyses in this trial, LY-CoV555 could become a useful treatment for emergency use in patients with recently diagnosed Covid-19,” the study stated.

This comes as a statement issued by Eli Lilly stated that they are “confident in the potential benefits of neutralizing antibodies in patients earlier in the disease course of COVID-19.”