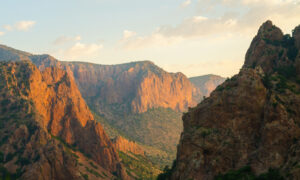 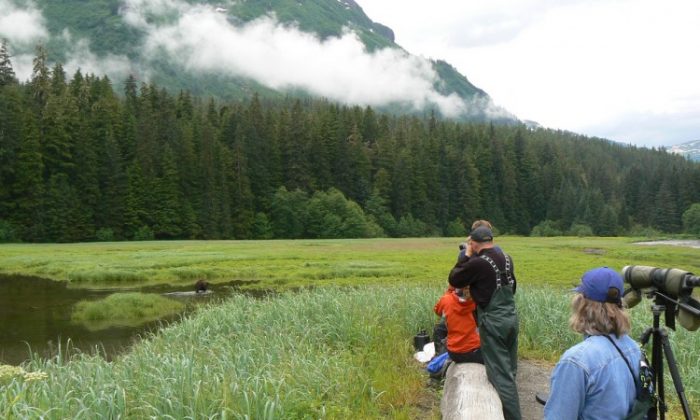 While Alaskan Senators praised the recent announcement from the Trump administration Wednesday to lift restrictions on logging and building roads in the country’s largest national forest, progressives described the decision as dangerous for the climate.

The U.S. Department of Agriculture (USDA) said it has decided to exempt the Tongass National Forest from the 2001 “Roadless Rule,” which prohibits road construction, and cutting, selling, or removing trees within roadless areas, with certain exceptions. The Roadless Rule applies to more than 45 million acres of national forests and grasslands throughout the United States.

“The Tongass is home to many Alaskans who want what most Americans take for granted—the opportunity to live, work, and raise their families in the communities in which they grew up,” Murkowski said in a press statement Thursday.

She added, “A full exemption from the Roadless Rule means access to more affordable and renewable energy to power homes and schools, access to technology at a time when more Americans are logging online for health care and education, and access for transportation and recreation to promote jobs and economic activity in the region—all while ensuring continued good stewardship of our lands and waters.”

According to the Forest Service, about 9.4 million of the Tongass’s 16.7 million acres are considered roadless areas and fall under the USDA’s administration. A vast portion of the Tongass is in pristine condition.

Alaska’s other Senator also supported the decision to allow logging, praising it for the economic opportunities it will create for Alaskans.

“Alaskans in Southeast have seen their opportunity to harvest timber, advance vital renewable energy and mineral projects, build basic infrastructure and connect communities stifled for too long as a result of the 2001 Roadless Rule,” said Senator Dan Sullivan (R-Ala.).

“This is a great day for the State of Alaska, our economy, and Alaskans’ right to govern themselves,” said Rep. Don Young (R-Ala.). “For years, I have said that the one-size-fits-all Roadless Rule was a disaster for Alaska.

In a statement the USDA said the decision was made after extensive public input. Over more than two years, the agency received and reviewed input provided through public meetings and subsistence hearings.

In a separate statement, the USDA said the exemption itself doesn’t authorize any specific work and that proposed projects still must comply with the forest’s management plan and are subject to federal environmental review.

Meanwhile, Democrat lawmakers criticized the Trump administration for what they called destructive and short-sighted policies.

Wrote Sen. Ed Markey (D-Mass), “There is overwhelming opposition to the removal of the Roadless protections for the @TongassNF. We must fight Trump admin’s nearly finalized plan to introduce destructive new logging and road-building in this special place.”

“The Trump admin is opening up Tongass National Forest, one of American’s largest forests and carbon sinks, to logging. We’re teetering between having the ability to tackle climate chaos and totally losing control—and they’re pushing us towards losing control,” wrote Sen. Jeff Merkley (D-Ore.)

Sen. Patty Murray (D-Wash.) also criticized and called for a reversal of the decision.

“This move by President Trump is desperate, dangerous, and irresponsible. We *must* pass the Roadless Area Conservation Act to protect iconic public lands like Tongass, which is so vital to maintaining WA’s wild salmon runs, keeping our air clean, and more.”

The Alaskan lawmakers highlighted that protecting the roadless values within the Tongass has always been and will remain a priority, writing that even with the new rule, “More than 13 million acres (nearly 80 percent) of the Tongass are already explicitly restricted from resource development or required to be managed as roadless areas.”

“Only 186,000 more acres would become available for timber production, and road construction is estimated to increase Tongass-wide from 994 miles in the no-action alternative to 1,043 miles in the final rule over the next 100 years.”

“BREAKING: The Trump administration is stripping protections to open up more than 9.3 million acres of the Tongass National Forest to logging and road building. We will do everything in our power to defend this vitally important Alaskan rainforest.”