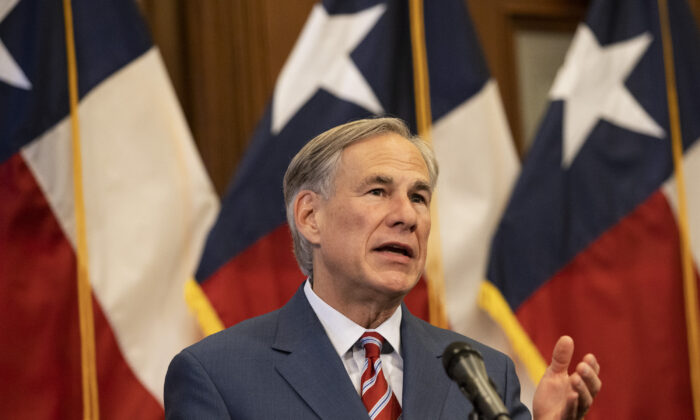 Gov. Greg Abbott late Friday signed his fourth memorandum of understanding in three days with another Mexican governor as part of his commitment to secure Texas’ shared border with Mexico.

Abbott met Friday with Tamaulipas Gov. Francisco García Cabeza de Vaca in Weslaco, Texas. They signed a memorandum of understanding designed to prevent illegal immigration from Mexico to Texas and improve the flow of commercial traffic across the international bridge.

The agreements were reached within a week of Abbott ordering enhanced inspections of commercial vehicles as part of the state’s expanded border security efforts through Operation Lone Star. The inspections led to major backlogs, protests by Mexican commercial truck drivers, cartel operatives setting fire to vehicles, and commercial traffic being ground to a halt.

Despite criticism of Abbott’s plan, within a week, an agreement was reached with four Mexican governors in states where international bridges connect Texas and Mexico.

“Border governors can achieve results when we work together and put the safety of our constituents first,” Abbott said. “I am grateful for the partnership of Governor Cabeza de Vaca as we work to secure our border.”

Because Cabeza de Vaca presented such a detailed plan to secure the border, Abbott said the Texas Department of Public Safety would return to its previous strategy of randomly searching commercial vehicles coming through ports of entry.

“While President [Joe] Biden ignores the ongoing crisis at the border, the state of Texas will continue to work with heads of state in Mexico to further strengthen our comprehensive border strategy,” he said.

The historic agreements with Nuevo León, Chihuahua, Coahuila, and Tamaulipas were reached in anticipation of an increased, cartel-facilitated smuggling operation expected to occur once Title 42 ends. The Biden administration announced it was ending the public health authority May 23.

The agreements were also reached after Mexican cartel operatives set fire to three tractor-trailers near the Pharr International Port of Entry on Wednesday. The Tamaulipas government confirmed a group of men set fire to the vehicles and its state police tracked them using surveillance cameras and arrested them.

The men are suspected of being part of the Reynosa faction of the Gulf Cartel. The Gulf Cartel primarily controls the trafficking of people and drugs in the Rio Grande Valley Customs and Border Patrol Sector, which along the Texas–Mexico border stretches from the Gulf of Mexico to Lake Falcon in Starr County.

The sector is one of the busiest at the southern border. Its Border Patrol agents are responsible for patrolling over 320 river miles, 250 coastal miles, and 19 counties equating to over 17,000 square miles.

The agreements reached with the Mexican governors “signal yet another historic step taken by the state of Texas to solve the border crisis, keep our communities safe, negotiate with our partners in Mexico, and fill in the gaps left by the inaction of the Biden Administration,” Abbott said. “Until President Biden decides to fulfill his constitutional duty to secure the border, we will continue to do whatever it takes to protect the safety and security of all Texans.”

“The new unloading dock is going to be Washington, D.C.”

White House press secretary Jen Psaki told reporters at a press briefing several hours after the first bus arrived Wednesday, “It’s nice the state of Texas is helping them get to their final destination as they await the outcome of their immigration proceedings.”