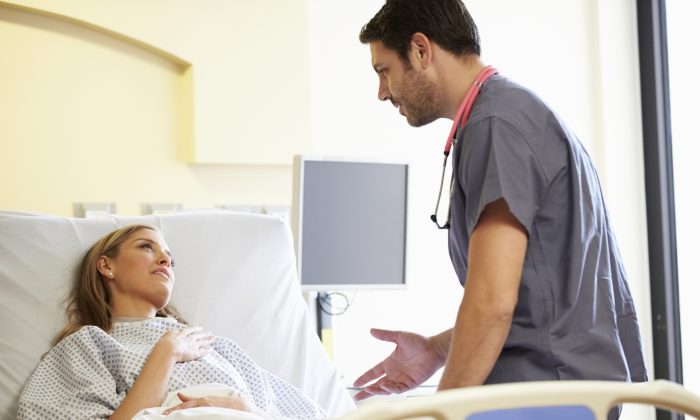 An international study finds one in ten patients under general anaesthetics are conscious of outside stimuli.(iStock/Thinkstock)
Australia

An international study has found that about one in 10 patients, or 10 percent, of those who undergo general anaesthesia, were conscious of outside stimuli, shedding light on the medical phenomenon of ‘connected consciousness.’

“The data from the study has given us a crucial starting point in improving our understanding of ‘connected consciousness,’” said Prof. Robert Sanders from the University of Sydney.

‘Connected consciousness’ is a state of consciousness under general anaesthesia where the patient is aware of the outside environment and stimuli such as pain but may not be able to recall the event afterwards.

Experts reason that general anaesthesia is not as simple as ‘shutting down the brain globally’ but rather a reversal of conscious states, and depending on the anaesthetic agent and dosage, patients can be induced to states of consciousness.

The study focussed on the prevalence and factors contributing to connected consciousness; though the team’s 2017 study showed that the phenomenon occurred in five percent of general anaesthetics, researchers were concerned it is actually happening more frequently in young people and is linked to biological sex.

Three hundred and thirty-eight patients aged from 18 to 40 were examined under general anaesthesia, and prior to surgery, researchers asked them to respond to commands physically by clenching their fists or extending their fingers.

This finding challenges previous speculations that dosage and anaesthetic agent induced conscious levels; as all participants were given similar dosages of anaesthetics, the difference between the two biological sexes could not be “adequately explained” by dosage itself.

After the surgery, participants were also presented with words mentioned in the commands to see if they had any memory of the experience.

Though researchers were reassured that no patients had any explicit memory of the commands, one participant did report being able to clearly recall the experience of surgery after the procedure ended.

For surgical procedures, patients can be given a single dose to help them lose consciousness with an additional drug to stop them from moving. They can also be given a continuous dosage of anaesthetics prior to intubation.

The team observed that compared with a single dose at the beginning; a continued level of anaesthesia before insertion of the ventilation tube had lower instances of ‘connected consciousness’ in patients; this is also the standard practice for surgical procedures in Australia.

“Patients expect to be unconscious under anaesthesia and not be in pain, and this demonstrates why research into anaesthesia is so important,” said Sanders.

“There is an urgent need for further research on the biological differences, particularly sex, that may influence sensitivity to anaesthetic medication.”