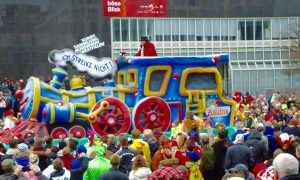 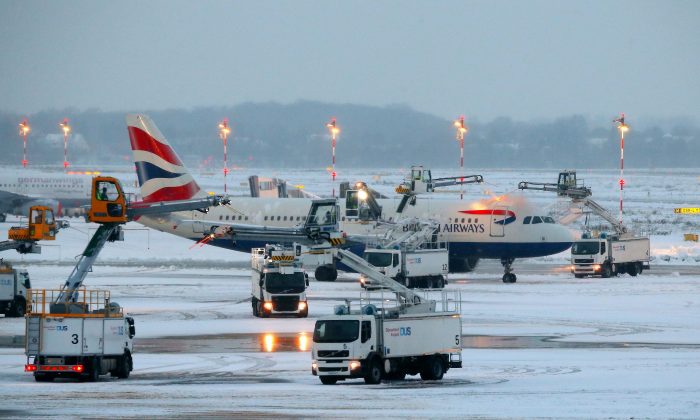 An airplane of British Airways is being de-iced as it stands on the tarmac of the airport in Duesseldorf, western Germany, on Dec. 10, 2017. (David Young/AFP/Getty Images))
Europe

LONDON, U.K.—British Airways has been forced to apologize after a flight from London to Dusseldorf landed more than 600 miles away in Edinburgh by mistake.

The detour happened after a sub-contracted crew used an incorrect flight plan and set off from London City airport for the Scottish capital instead of setting course for the Rhine.

British Airways said the aircraft—a 96-seat BA e-146 regional jet—was operated by German charter firm WDL Aviation on behalf of BA CityFlyer. The crew and aircraft were sub-contracted from WDL under an arrangement known as a “wet lease.”

The Passengers on board were met with a surprise when their plane landed on Monday morning, March 25, in Edinburgh, the capital of Scotland, instead of Dusseldorf, where they supposed to go.

“We are working with WDL Aviation, who operated this flight on behalf of British Airways, to establish why the incorrect flight plan was filed,” BA said in a statement.

“We have apologized to customers for this interruption to their journey and will be contacting them all individually.”

WDL Aviation said it had flown the passengers on to Dusseldorf after their unscheduled Scottish stopover.

“We are working closely with the authorities to investigate how the obviously unfortunate mix-up of flight schedules could occur,” it said in a statement.

During the flight, a passengers Zsófia Szabó realized the landscape outside the plane window did not look the “usual German industrial landscape,” instead it was mountainous scenery.

Szabó told CNN: “when we landed there was a bit of a hilarious moment when the flight attendant asked for a show of hands for the people going to Dusseldorf, which turned out to be everyone.”