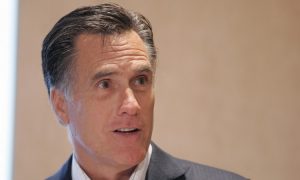 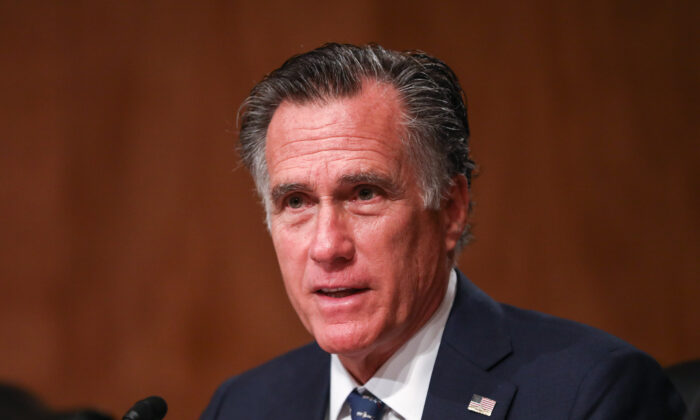 Sen. Mitt Romney (R-Utah), a former presidential candidate, appeared to confirm the name of an anonymous Twitter account that had posted in the defense of the legislator in the past.

Romney told The Atlantic that he used a secret account on the social media platform to keep current on what was happening in politics. Most journalists and lawmakers are active on  Twitter.

“What do they call me, a lurker?” Romney said before adding: “I won’t give you the name of it,” referring to the account. He said he was following 668 people and named some of them, including comedian Conan O’Brien.

A Twitter account with no profile picture that was following O’Brien and contained some other indications that it was being used by Romney later seemed to be confirmed by the lawmaker, who told the magazine when asked: “C’est moi,” or, “It’s me.”

The account was named “Pierre Delecto” and followed a number of Romney family members and others linked to the family, including Mark DeMoss, an adviser to Romney’s 2012 presidential campaign.

The account was created in July 2011, one month before Romney announced he was running for president, and included 10 tweets, the first in Dec. 2015, when Romney tweeted at Fox News about candidate Donald Trump leading a Republican primary poll in New Hampshire. “Why isn’t your NH poll up on your web site?” the account asked.

The other nine posts were from this year. Pierre Delecto tweeted at a Bloomberg reporter who named four GOP senators he said were “sticking up for” Sen. Richard Burr, chairman of the Senate Intelligence Committee.

Another was in response to an article from Politico shared by Washington Post columnist Jennifer Rubin. The article claimed Romney’s “strategy” on dealing with Trump was “nonconfrontation verging on spinelessness.”

“Jennifer, you need to take a breath. Maybe you can then acknowledge the people who agree with you in league measure even if not in every measure,” the account wrote.

Rubin, who is labeled a conservative columnist, is known for her nearly universal criticism of Republicans and praise of Democrats.

The other tweets also showed the anonymous account trying to defend Romney against attacks. Many of the tweets the account “liked” either came from Romney’s accounts or were about Romney.

Slate reporter Ashley Feinberg, who was sued recently for allegedly defaming a man, first reported on the Twitter account.