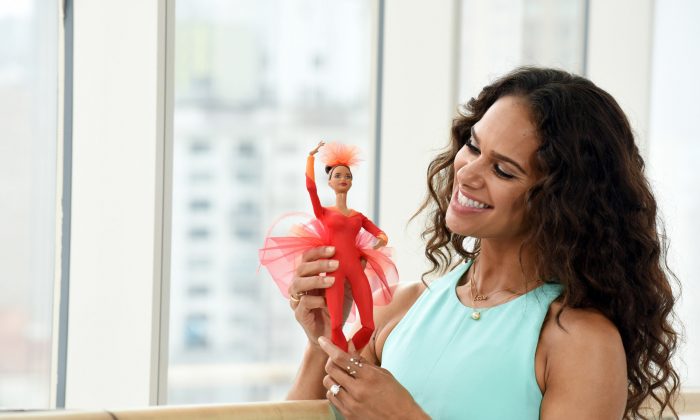 Misty Copeland, the first African-American to become the principal dancer of the famous American Ballet Theatre, has had a Barbie doll made in her likeness, the doll brand announced on May 2.

The doll dons a costume inspired by Copeland’s role of Firebird from the ballet of the same name by Igor Stravinsky. It was her first leading role at American Ballet Theatre.

Copeland said she was involved in the doll’s production.

“I was hands on with making sure that she really looked like a dancer and looked like me,” she said while introducing the doll on ABC’s “Good Morning America” on May 2.

Hello Barbie Doll Is Vulnerable to Hacking, and It Connects to WiFi Networks With the Name ‘Barbie’

Not only does the doll stand en pointe (on the tips of her feet), but its bodily proportions resemble those of a ballet dancer—Copeland in particular.

“You can be a ballerina and look like this,” she said.

Copeland said she was shy as a girl and played with Barbies until she was 13.

“She was a way for me to dream,” she said in an interview on the Barbie Youtube channel.

Copeland will reprise her role in The Firebird on May 18 and 19 at the Metropolitan Opera House.