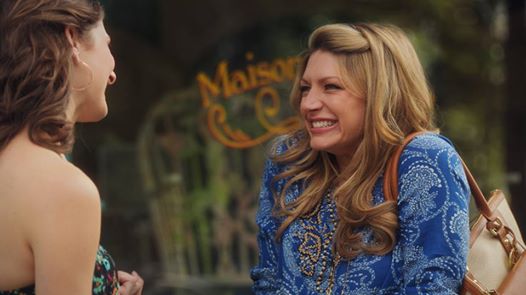 Mistresses is returning to ABC on August 4 with an all-new episode after a break last Monday.

The break came as the network instead aired the After the Rose special following the Bachelorette season 10 finale.

Mistresses season 2 is winding down, with episode 9 out of a projected 13 airing on Monday. It’s titled “Coming Clean.”

“A shocking phone call brings April’s past back to haunt her. She’s even more rattled when it appears that a strange man is shadowing her every move. Savi takes Joss’s advice and reaches out to her long-absent dad (guest star John Heard). Karen struggles to get Anna to open up and tell the truth, and Toni has some news for Dom,” according to the official description.

ABC has also released the description for episode 10, titled “Charades” and slated to air on August 11.

“April learns the identity of the man who has been stalking her (guest star Jason Gray-Stanford),” it says.

“Karen blurs doctor-patient boundaries when she offers a helping hand to Anna, Toni’s hidden agenda becomes clear and has a devastating impact on Savi and Dom and when Scott takes Joss home to meet his big, extended family, Harry plants some seeds of doubt that she might not measure up.”