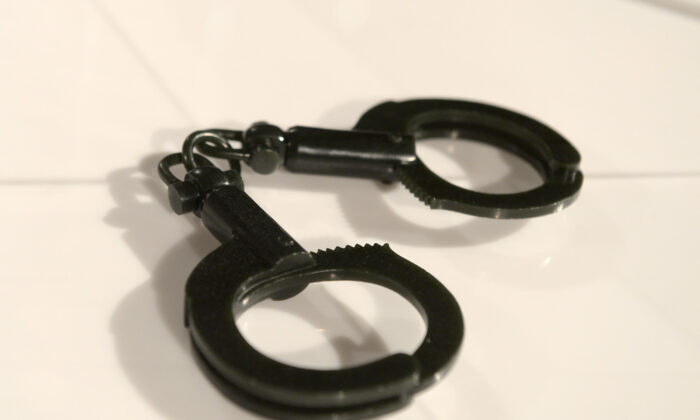 A view of "Handcuffs" by Ai Weiwei at the UNITAS 2nd annual gala against human trafficking at Capitale in N.Y., on Sept. 13, 2016. (Gustavo Caballero/Getty Images for UNITAS)
Crime and Incidents

TROY, Mo.—An eastern Missouri woman already serving a life sentence for murder pleaded not guilty Tuesday in the stabbing death of her friend a decade ago.

Pamela Hupp is charged with first-degree murder and armed criminal action in the death of Elizabeth “Betsy” Faria, in 2011. Prosecutors contend Hupp killed Faria four days after persuading her to switch a $150,000 life insurance policy to Hupp. She then allegedly tried to stage the scene to make it appear that Faria’s husband killed her.

Hupp declined to respond to reporters’ questions as she was led out of the courthouse, the St. Louis Post-Dispatch reported.

Faria’s husband, Russell Faria, was convicted of her murder but the conviction was overturned in 2015. He was later found not guilty in a retrial after prosecutors argued Hupp was responsible.

Hupp is serving a life sentence without parole for the 2016 shooting death of 33-year-old Louis Gumpenberger. Prosecutors said Hupp shot Gumpenberger in an effort to divert attention from herself in the reinvestigation of Faria’s death.

Prosecuting Attorney Mike Wood said he will seek the death penalty if Hupp is convicted of first-degree murder in Faria’s death.