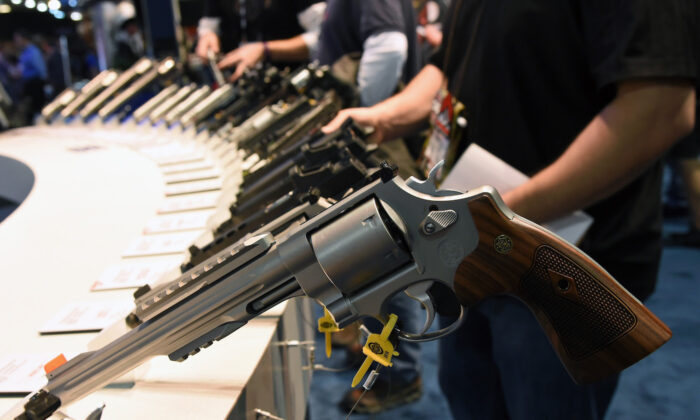 Missouri Sheriff Refuses to Hand Over Gun Owners’ Info to FBI: ‘I Will Go Down With the Ship’

A Missouri sheriff said he told the FBI that he won’t comply with audits regarding Missouri counties’ concealed carry permit information.

“As the sheriff of Scotland County, I want all my citizens to know that I will not allow, cooperate or release any CCW information to the FBI, even at the threat of a federal arrest,” Whitney, a Republican, wrote in a July 18 letter, referring to concealed carry weapons permits.

“Point Blank, I will go down with the ship if need be.”

The FBI told Fox News that its audits won’t “require access to lists such as state-approved concealed carry holders.” It described the audit as “routine” and something that has been done before in the state of Missouri.

“At no point would auditors require access to lists such as state-approved concealed carry holders, nor would the CJIS Division retain information beyond what is necessary to address a specific compliance concern,” the FBI stated, noting that the bureau has “been through this​ routine audit multiple times, most recently in 2018.”

“The FBI has absolutely no business poking around in the private information of those who have obtained a concealed carry permit in Missouri,” Schmitt wrote. “The Second Amendment rights of Missourians will absolutely not be infringed on my watch. I will use the full power of my Office to stop the FBI, which has become relentlessly politicized and has virtually no credibility, from illegally prying around in the personal information of Missouri gun owners.”

Several weeks ago, the California Department of Justice leaked the private information of thousands of concealed carry permit holders in the state after it unveiled a new dashboard portal website, according to gun rights groups.

The California Rifle & Pistol Association stated that “hundreds of thousands” of gun owners in California might be impacted by the data breach, which was reported in late June.

The state Justice Department later issued a statement that confirmed the data breach.

“This unauthorized release of personal information is unacceptable and falls far short of my expectations for this department,” California Attorney General Rob Bonta, a Democrat, said in a statement. “I immediately launched an investigation into how this occurred at the California Department of Justice and will take strong corrective measures where necessary. The California Department of Justice is entrusted to protect Californians and their data. We acknowledge the stress this may cause those individuals whose information was exposed. I am deeply disturbed and angered.”

In a major victory for gun rights groups, the U.S. Supreme Court issued a ruling that invalidated New York’s 100-year-old gun control law restricting the concealed carrying of firearms, affirming that Americans have a broader right to carry outside the home.