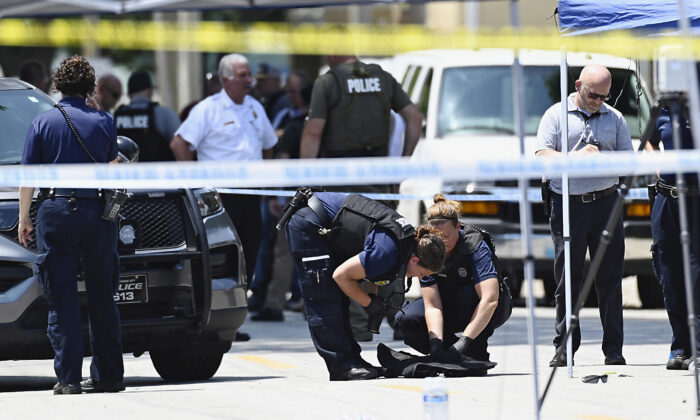 Missouri Officer Dies After Being Shot During Traffic Stop

NORTH KANSAS CITY, Mo.—A Missouri police officer died Tuesday after he was shot during a traffic stop by a suspect who then fled, officials said.

Officer Daniel Vasquez, 32, was attempting to stop a vehicle for expired temporary tags in North Kansas City Tuesday morning when the car’s driver shot the officer and drove away, Clay County Sheriff Will Akin said.

Vasquez was taken to the University of Kansas Health System. His death was announced about 2:30 p.m. Tuesday by the North Kansas City police department, where he had been an officer since 2021.

The suspect turned himself in to police in Kansas City after a Blue Alert had been issued for his car. No details about the suspect were released.

North Kansas City Police Chief Kevin Freeman said Vasquez was the first officer in the department to die in the line of duty.

“He was a shining star in our department,” Freeman said.