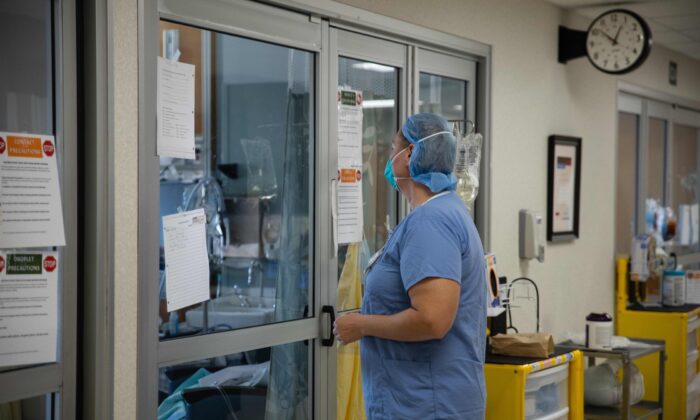 “Our reality is we need staff to work. And in return for your working, we’re not going to ask you to get a vaccine mandate,” Scotland County Hospital CEO Randy Tobler told CNN in an interview published Tuesday. “There were people in the hospital that freely shared that if the vaccine mandate happened on our account or on anyone else’s, they would not work here. That’s just something they weren’t going to put in their body.”

Noting that he’s lost about 18 percent of nurses during the COVID-19 pandemic, Tobler said that he cannot afford to mandate vaccines that would alienate even more staff. The mandate, he said, won’t make the nurses want to get vaccinated but will instead prompt them to quit.

According to the CEO, about 60 percent of Scotland County Hospital’s staff are vaccinated. Tobler said he suspects that not having a vaccination requirement allowed his facility to retain more workers.

“I criticized President Biden’s mandate,” Tobler also remarked. “I thought it was a mistake because I think it’s going to backfire.”

Many employees, Tobler added, “were pleased that we honored their right to choose what they want to do with their body, and I think that may have helped retain some staff that may have been tempted to jump to other places because of salary or what they perceive as different working conditions.”

Tobler said he’s still confused why so many nurses and other staff won’t get the vaccine, noting that many have seen someone they know die or get seriously ill from COVID-19.

But Tobler’s warning in the CNN interview comes about a month after the CEO of a hospital in rural Texas warned that his facility may be forced to close down following Biden’s announced mandate. The president said on Sept. 9 that healthcare workers who are employed at facilities that receive Medicare or Medicaid funding need to be vaccinated.

Brownfield Regional Medical Center CEO Jerry Jasper told KCBD that “20 percent … probably 20 to 25 percent of my staff will have to go away if that’s the case. And losing those workers, he said, would likely cause his hospital to shut down.

Losing Medicare and Medicaid money isn’t an option either, he said.

The Epoch Times has contacted Tobler for additional comment.