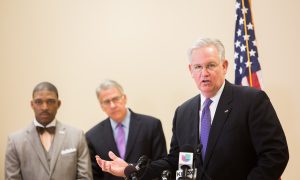 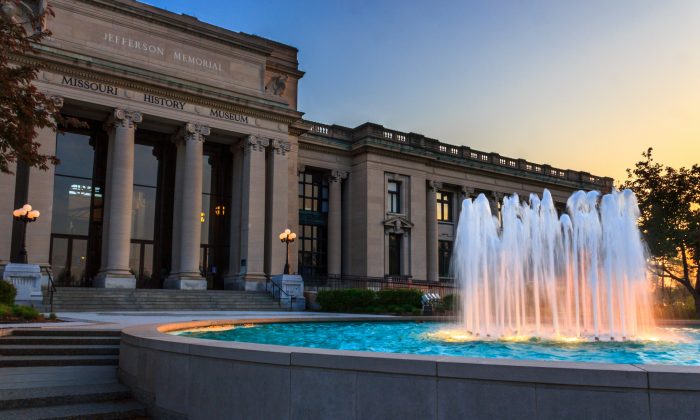 (Philip Leara, CC BY)
US

The Missouri History Museum is being criticized for a decision to pull a public forum dealing with a broad range of race relations that included Palestinian issues. The forum, which was entitled “Ferguson to Ayotzinapa to Palestine: Solidarity and Collaborative Action” was planned for March 19 but was canceled by the museum at the last minute.

Community groups and student groups from Washington University in St. Louis that organized the event protested Thursday night and Friday over the cancelation, calling it “outrageous.”

Sourik Beltran, a student at Washington University and a primary organizer, said by phone on Friday that he was told at the last minute by phone earlier this week that the event was canceled—unless one major concession was made.

“She said the museum could not support the event unless we took out the Palestinian panelist and did not talk about Palestine,” said Beltran, referring to a message passed along by Melanie Adams, the managing director for community education and events for the museum.

In a string of emails between Beltran and Adams, provided by Beltran, she describes in writing the reason the event was canceled.

“The conflict we are running into is the comparison between the events in Ferguson and the actions of the Palestinians,” wrote Adams on March 17. “Some people see these events as comparing apples/oranges.  I understand that you are presenting them as movements related to issues of social justice and how diverse communities can work together to achieve social justice for all people. There is concern that they might not be perceived that way.”

One of the event speakers, who is now being rescheduled for another venue, is Sandra Tamari of the St. Louis Palestine Solidarity Committee. Tamari is a well-known activist on Palestinian issues in the region, and was captured on the Livestream feed of @Rebelutionary_Z on Thursday confronting the museum’s president, Frances Levine. Levine was appointed to her position in the spring of 2014.

“You can’t discriminate,” said Tamari to Levine in the 20-second video clip taken from the Livestream feed.

“I don’t think it was discrimination,” answered Levine.

In an interview with Levine published in July 2014 published by the St. Louis Jewish Light, Levine describes her goals as museum president and the ideals she wanted to bring to her position.

“You keep dialogue in the forefront,” said Levine. “Museums have to be safe places for people to talk about hot-button topics.”