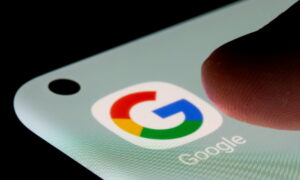 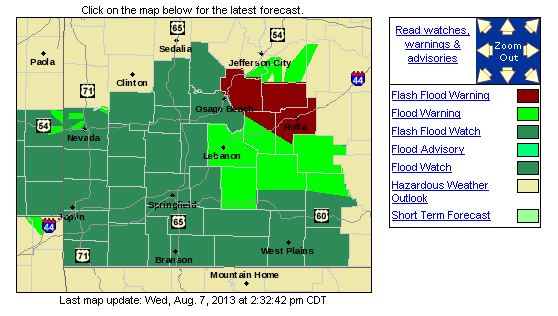 Flooding on Wednesday has forced people to evacuate homes across Missouri.

In Miller County, campgrounds were evacuated, officials have rescued three people who were affected by the flooding, and a shelter will be opened for flood victims.

People have been evacuated in parts of Bagnell and Tuscumbia, reports KOMU.

911 Director says Miller Co. is using all resources to notify public of flooding. Water patrol and rescue teams are on standby.

All lanes of I-44 have been closed from mile marker 172 to mile marker 186 in Phelps County. Several roads are closed in Dent County, Shannon, and Texas county.

On top of the flash flood emergencies, flash flood warnings are in effect through 9 p.m. CDT for the part of all of the following counties:

Residents of both Newburg and Jerome were forced to evacuate because of flooding of the Little Piney and Gasconade Rivers, reported KYTV. Record floods are happening at the Gasconade River.

The National Weather Service says that waves of showers and thunderstorms are expected across the Middle Mississippi Valley through the end of the week, especially across the southern half of Missouri and Illinois.

“Rainfall totals through the end of the week should average 2 to 4 inches with locally higher totals,” it states. “The higher rainfall totals could result in flooding of some areas.”

Story is developing; will be updated.

[View the story “Scenes from Flooding in Missouri” on Storify]