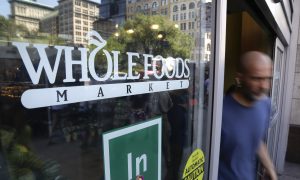 Whole Foods to Stop Selling Products Made by Inmates
0 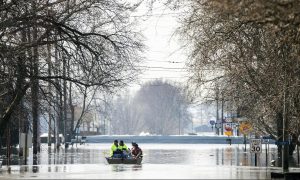 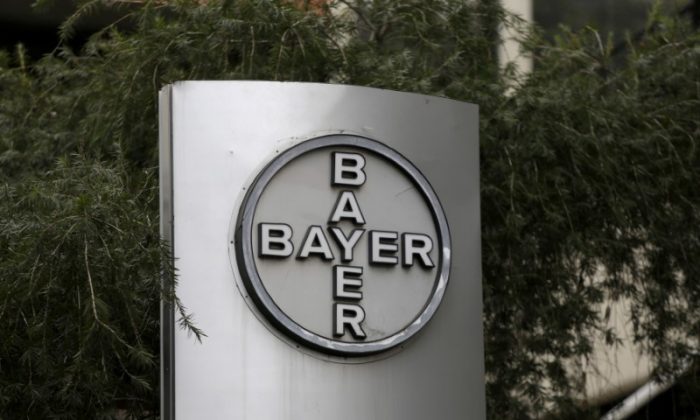 The corporate logo of Bayer is seen at the headquarters building in Caracas, Venezuela on March 1, 2016. (Marco Bello/Reuters)
US News

Missouri Farm Awarded $265 Million in Suit Against BASF and Bayer

CAPE GIRARDEAU, Mo.—A jury on Saturday awarded $265 million in punitive damages to a southeastern Missouri peach farmer who argued that weedkiller dicamba that had drifted onto his orchards from other farms had severely damaged his trees—an award that could bode well for other farmers suing the chemical’s makers.

The punitive damages awarded to farmer Bill Bader, of Campbell, came a day after the jury awarded him $15 million in actual damages, agreeing with his argument that dicamba had drifted over from other farms and severely damaged Bader Farms, which is one of the largest peach farms in Missouri. Bader’s attorneys argued that his trees likely wouldn’t survive the dicamba exposure, The St. Louis Post-Dispatch reported.

Attorneys for Bayer, which makes dicamba, vowed to appeal.

“We want our customers to know that, as this legal matter continues, we remain steadfast in our commitment to delivering them the effective and sustainable tools they need in the field,” Bayer said in a statement.

The awards in Bader’s lawsuit could bode well for other similar lawsuits filed against Bayer and BASF, which invented the pesticide. The lawsuits blame dicamba for damaging millions of acres of crops across the country.

Farmers have been using dicamba for more than 50 years, but after Monsanto—which was bought by Bayer in 2018—released dicamba-tolerant cotton and soybeans, the weedkiller’s use became more widespread, leading to more complaints from neighboring farms whose non-dicamba-resistant crops were getting killed off by dicamba drift.

In response, the U.S. Environmental Protection Agency has increased the restrictions on the dicamba’s usage in recent years, and many states have imposed additional restrictions, including requiring increased training and implementing cut-off dates after which the chemical cannot be sprayed.

Attorneys for the companies argued that the trees on Bader’s farm were damaged by root fungus and adverse weather, not dicamba drift.