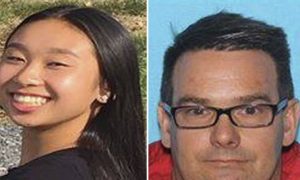 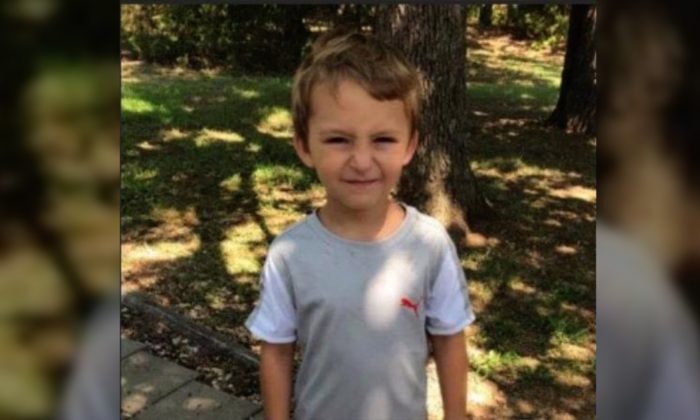 A 6-year-old boy who was reported missing by his father in August has been found safe, hidden in an attic crawl space in the southwest Missouri home of his mother and her boyfriend, authorities said Jan. 9. (Camden County Sheriff's Office)
US News

A 6-year-old Missouri boy who went missing nearly half a year ago was found safe in the crawl space of an attic at the house of his mother and her boyfriend.

Armed with a search warrant, the officers found Braedence Jones in the crawl space with his mother Aubrey Ferguson, the Camden County Sheriff’s Office said in a press release.

Ferguson’s boyfriend, Woodrow Ziegler, had nailed the entrance of the crawl space shut, put carpet over it, and pushed furniture against it before officers arrived in an attempt to hide the boy from them.

Ziegler, a felon and alleged drug user, had been ordered by a court not to be around Braedence. His association with Feguson prompted officials to issue an endangered person advisory for the missing boy after he was reported missing on Aug. 3, 2018.

The boy’s father, Ryan Jones, has custody of the boy and reported him missing after Braedence wasn’t returned from a visitation with his mother.

After he was found, Braedence was returned to his father while Ferguson and Zeigler were arrested. A motion filed on Jan. 9 to designate Ferguson as a flight risk was granted and bond for each defendant was set at $200,000, reported Lake News Online.

A post on the Facebook page “Help Bring Braedence Home,” started by concerned citizens, shared a picture of the boy reunited with his father.

OUR LITTLE BOY IS HOME. GOD IS SOOOO GOOD!!!!💜 Thank you all for the prayers, shared, phone calls and etc. we don’t know…

Ryan Jones and I want to personally thank the officers that have helped us on the case. Officer Strom & LT Arylne Page…

Ryan Jones’ girlfriend Breanne Dominguez posted pictures as well, commenting “OUR LITTLE BOY IS HOME. GOD IS SOOOO GOOD!!!! Thank you all for the prayers, shared, phone calls and etc. we don’t know how to thank everyone enough. Our hearts are so full of joy atm. Just thank you everyone…”

Officials said Braedence seemed to be in good health but would likely be sent to counseling. He would also have to go back a grade because he missed school for so long.

“He seems to be physically OK,” Camden County Sheriff’s Lt. Arlyne Page told the Associated Press. “But since his abduction, the mother hasn’t allowed him to go to school and more than likely has not taken him to a doctor if he needed one. We are hoping to help his father find counseling for him.”

According to a probable cause affidavit, father Ryan Jones reported his son missing when Ferguson, the boy’s mother, didn’t return him after a weeklong visit.

When Jones went to the house to look for the boy, no one was there, and the house next door, where Ferguson’s parents live, was also empty.

Jones told officers that Ferguson texted him that the boy was safe but she wouldn’t say where he was; between texts, she turned her phone off so that she could not receive calls.

Surveillance footage from various stores, even some in different states, and pings from her phone confirmed that the mother kept moving her son to try to elude the authorities.

The center said it assisted officers and families with the cases of more than 27,000 missing children in 2017. In those cases, 91 percent were endangered runaways, and 5 percent were family abductions. About one in seven children reported missing to the center in 2017 were likely victims of child sex trafficking.