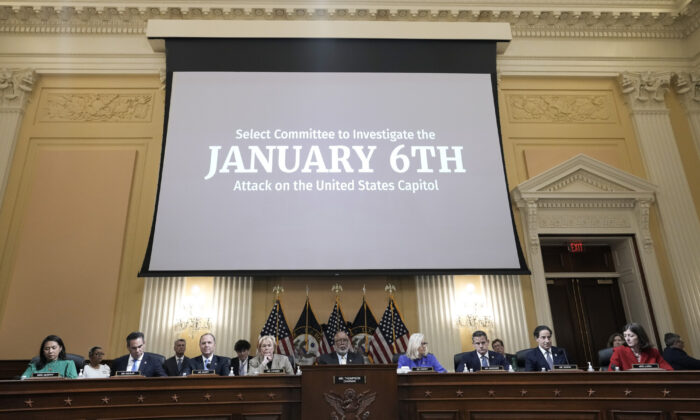 Rep. Michael Guest (R-Miss.), a lawmaker who voted in favor of forming a Jan. 6 Commission, has entered the final stretch before a June 28 runoff election against U.S. Navy veteran Michael Cassidy.

Runoffs are triggered in Mississippi primary elections if no candidate receives more than 50 percent of the vote.

In addition to warring over Guest’s support for a commission, the two candidates have sparred over Cassidy’s alleged economic views.

An attack ad against Cassidy accused him of backing an “extreme socialist agenda” that would have added $48 trillion in social spending, as reported by Mississippi Today. That ad was funded by the Congressional Leadership Fund (CLF), a national super PAC supported by current House Minority Leader Kevin McCarthy (R-Calif.),

Mississippi Today based the $48 trillion figure on proposals from the candidate’s website, including one that appeared to mirror some Democrats’ vision of “Medicare for All.” Those policy ideas were subsequently taken down.

In a June 24 interview with The Epoch Times, Cassidy acknowledged the proposals were on his website, but claims the assertion that he supports broad new health care spending for Americans is “a complete lie and misrepresentation.”

“The truth is, before I began campaigning, I did a stupid thing,” he said. “And that was to brainstorm policy ideas on my website.”

Cassidy claimed that while he initially hoped that more Americans could access the caliber of health plan that he has through the U.S. Navy, he quickly realized that such a vision was too expensive.

He took issue with the CLF’s efforts to defeat him. OpenSecrets shows that it has spent $448,783 to oppose Cassidy’s candidacy.

According to that same website, top donors to the CLF in the 2022 cycle include Koch Industries and Dan Crenshaw for Congress.

“[CLF] spent half a million dollars in money that should be spent to get Democrats out of office and Republicans in,” he said, stressing his opposition to red flag laws and funding for Planned Parenthood.

Representatives for the CLF didn’t respond to a request for comment by press time.

Pro-abortion protests in Washington and elsewhere in the country followed the decision’s release, continuing a pattern that started when a draft of the decision was leaked through Politico in May.

The leaker of that draft hasn’t yet been identified.

When asked what he would do to address what he sees as an overreach by the Department of Justice and other agencies, Cassidy cited Congress’s power of the purse.

Republicans will have more leverage over spending if they take the House, Senate, or both in November’s midterm election.

“In the military and so much government, if you don’t fund something, it can’t be done,” he said.

“Republicans have got to be energetic about it. They have to do the hard work,” he said.

Guest declined an interview opportunity with The Epoch Times.