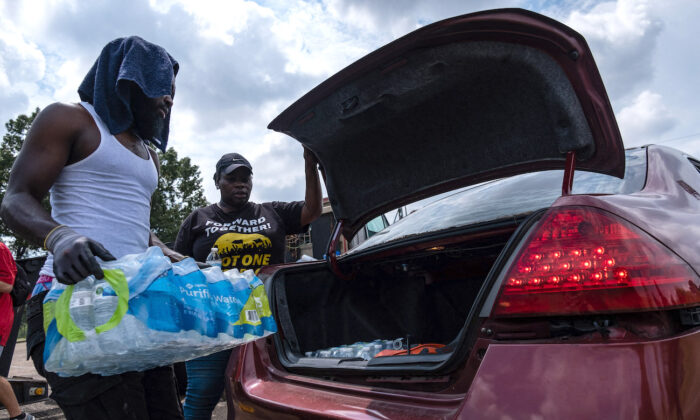 The state of Mississippi on Thursday lifted an advisory telling local residents of Jackson to boil water.

The lift comes after nearly seven weeks since it issued the boil water notice on July 29, asking residents to boil all water before drinking.

“Bring all water to a boil, let it boil for one minute, and let it cool before using, or use bottled water. Boiled or bottled water should be used for drinking, making ice, brushing teeth, washing dishes, and food preparation until further notice. Boiling kills bacteria and other organisms in the water,” the notice said.

At the time, the state government cited concerns of the presence of “disease-causing organisms” due to the observed high levels of turbidity.

“Turbidity has no health effects. However, turbidity can interfere with disinfection and provide a medium for microbial growth. Turbidity may indicate the presence of disease-causing organisms. These organisms include bacteria, viruses, and parasites, which can cause symptoms such as nausea, cramps, diarrhea, and associated headaches,” the Mississippi Health Department announced at the time.

More than 40 days later, on Sept. 15, the city of Jackson, the state’s capital, announced: “The boil water notice for ALL City of Jackson water customers HAS BEEN LIFTED, per the Mississippi State Department of Health. Residents are advised to run their faucets for a few minutes to clear any old water.”

It added that the city will share more information about the status of the O.B. Curtis Water Plant shortly.

The plant is one of the city’s two main water treatment facilities that failed on Aug. 29 due to longstanding complications exacerbated by heavy rain and flooding. The plant’s failure prompted Mississippi Gov. Tate Reeves to declare a state of emergency for Jackson on Aug. 30.

“The state-imposed boil water notice in Jackson is over. We have restored clean drinking water to Jackson,” Reeves announced on Sept. 15. “More work to do to make sure that we do not end up back in crisis. Grateful for all of the efforts of Mississippians and people around the country who stepped up!”

Reeves said the decision to lift the boil notice came after Mississippi’s health department collected 120 samples of water over two consecutive days, starting on Sept. 13, and determined that clean water had been restored to Jackson.

“Since the state of Mississippi stepped in to fix Jackson’s water system, we’ve significantly increased the quantity of water produced, restored water pressure to the city, installed an emergency rental pump, fixed and reinstalled broken parts on-site, and monitored and tested water quality,” Reeves said in a statement, adding, “Moving forward, we will continue to monitor the system. Additional testing will be administered to ensure continued water quality.”

He warned that there may be future interruptions to water quality.

“We cannot perfectly predict what may go wrong with such a broken system in the future. We do know that the experts tell us that the state’s boil water notice can end today,” he said.

“Emergency orders will remain in full force and effect until deemed appropriate to lift.”

“They have helped over 200,000 vehicles and in so doing have continued to showcase to this state their tremendous commitment to serving their community,” Reeves said of the National Guard service members. “They distributed over 11 million bottles of water to the residents of Jackson. This is no small feat, but our Mississippi National Guard is used to performing incredible tasks like this one.”

Reeves also thanked everyone who stepped up—including churches, non-profits, and individual volunteers—while acknowledging that more will need to be done to address the water crisis.

“There will be a lot of hard conversations about next steps and the work that we need to do to create a sustainable water system. All of that is important. Today, I want to focus on thanking the team that has pulled us out of the darkest part of this crisis and express my gratitude to all the Mississippians and Americans who played a role.”