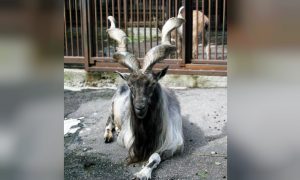 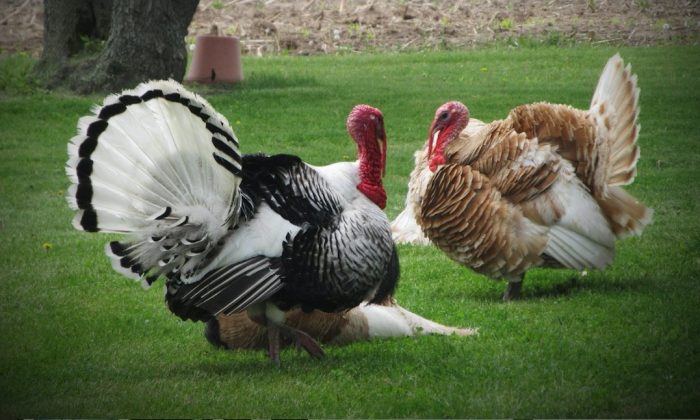 A hunter in Mississippi has taken down what may be one of the most exceptional white turkeys ever harvested, according to USA Today.

Hunter Waltman, of Kiln, bagged the rare bird on March 16, one day after the opening of turkey season.

Waltman told the Clarion Ledger he had watched the extraordinary specimen since last October.

“I’ve been having him on camera all year since back in October,” said Waltman, according to the report. “My neighbor told me about him.”

Color variations certainly exist among wild turkeys, but what this hunter harvested may be among the most unusual ever taken in Mississippi.
https://t.co/HPTJ92uLk2

The Mississippi hunter told the publication his neighbor said the white turkey had been “hanging around for three years.”

The anomalous bird had feathers that were solid white, but a beard that was black. The turkey’s spurs and nails were white.

Waltman said he and a fellow hunter Toby Cagle tracked the turkey to “where he was roosting and stuff.”

The two laid in wait until the bird was finished.

“We watched him run around with the hens for about two hours and he finally bred them,” Waltman said. “When he got through with the hens he made a B-line straight to us.”

The hunter recounted being nervous using a friend’s gun he was not familiar with.

The turkey was hit and fell to the ground.

“Man, it was awesome,” Waltman said. “I was shaking I was so nervous. It was one of the hardest turkeys I’ve ever killed.”

Waltman estimates the gobbler weighed between 17 and 18 pounds.

When the story of Waltman’s kill was posted on social media, it met with a mix of reactions.

“Whaaat? This hunter in Mississippi bagged a very rare white wild turkey!” wrote WILQ-FM in a Facebook post on the subject, asking “With Spring Gobbler season just around the corner, would you shoot it if you saw this while hunting?”

Whaaat? This hunter in Mississippi bagged a very rare white wild turkey! The turkey plumage was solid white and its…

“I wouldn’t shoot it,” commented Mel Mingle II. “The only shooting i would do is pictures of the turkey.”

Some commenters suggested the bird may have been an escaped domestic turkey.

“Yes we use to have white turkeys and white peacocks,” commented Joyce Stallings. “He probably killed someone’s domestic turkey.”

“All our turkeys were white, but they looked different than wild birds. They all were very heavy and had health issue beyond the first 6 months. They were interesting birds to keep,” wrote Eva TC Kovacs.

“Almost All domestic turkeys are white,” wrote Kellie Folks. “They are however, very rare in the wild.”

According to local authorities a white turkey occurs once in several hundred thousand. “Oh look! There’s a white turkey! Let’s kill him!” (There is no justification for such slaughter. None.).

“This guy likely put in countless hours hunting this bird,” wrote Trey McDaniel. “He will eat it and have the mount on his wall for his entire life. Most folks buy their meat at the store where its already killed and packaged for them and they never have to look that animal in the eyes. Hunting makes you appreciate your food. Nice kill sir!”

“I shot a turkey yesterday,” wrote John Alumbaugh, adding jokingly, “You should have seen all the folks on the frozen food aisle run! 😀😀”