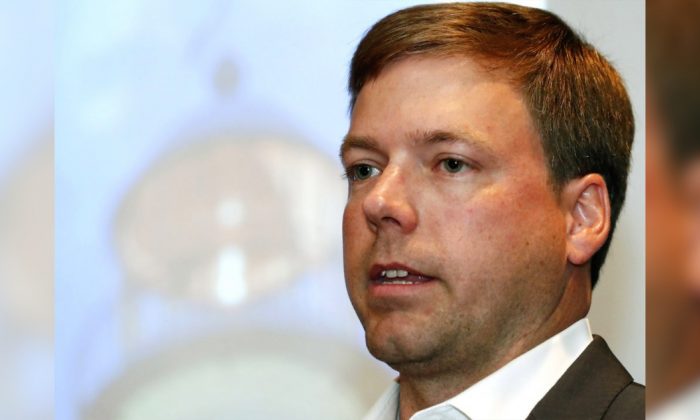 Mississippi’s Republican state representative, Robert Foster, who is running for governor, has said a female journalist won’t be able to shadow him on a campaign trip around the state without a male “counterpart,” claiming it could “do damage” to his marriage and family.

This week, Larrison Campbell, a reporter with the publication Mississippi Today, claimed she was told by Foster’s campaign director, Colton Robinson, that unless a male colleague accompanied her on the 15-hour campaign trip, she wouldn’t be able to shadow the Republican candidate.

Robinson allegedly told the female reporter the measures were to ensure nobody would insinuate that the pair were having an affair as part of a smear campaign, reported 16 WAPT News.

In a July 10 interview with Mississippi-based The Gallo Radio Show, Foster, 36, insisted the decision was to maintain a “system of professionalism,” and added that he makes sure he is never alone with a female employee.

“My campaign director is in-and-out and gone sometimes … there are going to be a lot of opportunities where it could end in awkward situations I didn’t want to put myself in,” he explained.

“We simply asked if they could find a photographer, a male counterpart, to bring along with them … we just wanted to keep things professional.”

Explaining the reason behind his decision, Foster said his wife is his top priority, and that a male counterpart would act as a “buffer” to maintain professionalism.

“There is only one person who comes to mind more than anyone and that’s my wife. I’ve always had the same practice in business, and that’s I’m not alone with a female employee,” Foster added.

Answering questions from The Associated Press on July 10, the 36-year-old said, “It’s unprofessional to be alone with a woman who’s not my wife.” He added he has no problem with being alone with a man.

“I would much rather be called names by the liberal press than to be put in a position where it could do damage to my marriage and my family,” Foster told The Gallo Show.

I was excited this week to get on the road with Rep. Foster as part of @MSTODAYnews #MSGov coverage. Agree with his conservative politics or not, he’s got a vision for MS. It’s why I love my job.

Turns out I don’t get the chance just bc I’m a womanhttps://t.co/CXq68Uq67j

Hitting out at the move, Campbell wrote in an article for Mississippi Today that she believes the decision is sexist, and that her request to shadow Foster was declined based on her gender.

“My editor and I agreed the request was sexist and an unnecessary use of resources,” Campbell wrote.

To be clear, it’s this man’s “weird request” (as his campaign put it to me). So he needs to provide the solution. Asking me to find a way to make him comfortable because my being a woman makes him uncomfortable is sexism.

The 36-year-old, who is of Christian faith, told 16 WAPT News in a statement that he chooses to follow the “Billy Graham Rule” with his wife, which is practiced by some male evangelical Protestant leaders.

He told the outlet it is to “avoid any situation that may evoke suspicion” or compromise his marriage.

The “Billy Graham Rule” has hit headlines in recent years, particularly after Vice President Mike Pence revealed in 2002 that he doesn’t eat alone with a woman besides his wife, Karen Pence.

The rule was named after Billy Graham, an evangelist preacher and proponent of the practice, who encouraged it to avoid the appearance of being unfaithful.

I refuse to change my moral stance on any issue because it’s not popular among the radical left. My wife and the State of Mississippi deserve a governor who doesn’t compromise their beliefs, and I’m sticking to my guns. https://t.co/5wyTYKhr5H

“I am sorry Ms. Campbell doesn’t share these same views, but my decision was out of respect of my wife, character, and our Christian faith,” Foster said.

“We don’t mind granting Ms. Campbell an interview. We just want it to be in an appropriate and professional setting that wouldn’t provide opportunities for us to be alone.”