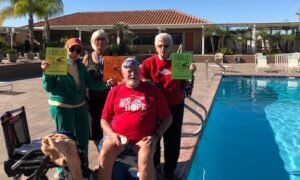 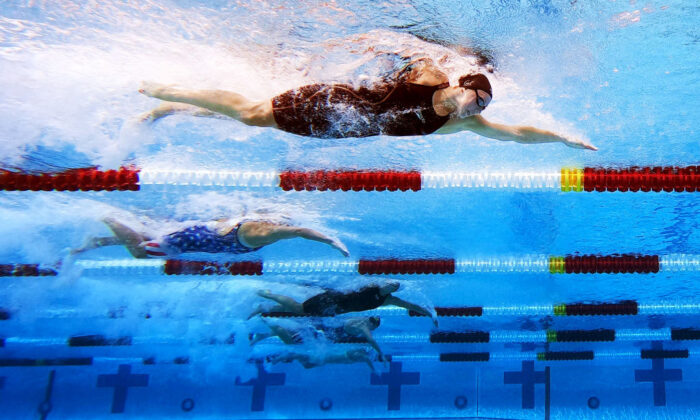 About 250 swimmers participated in the 2021 TYR Pro Swim Series this past weekend in Mission Viejo, California. It was one of four stops for the series leading up to Olympic trials in Omaha, Nebraska, in June.

“Mission Viejo is known for being a swim Mecca, internationally,” Sarah Dawson, meet director for the Mission Viejo Nadadores swim, told The Epoch Times. “We’ve had Olympians since 1976.”

The southern Orange County city is home to two-time open water Olympian Haley Anderson. Anderson is one of the three Olympians already named to the Olympic team this year after placing second at the 2019 World Championships.

“A lot of the finals are a preview of the Olympic trials because it’s all of the top swimmers in the United States,” Schubert told The Epoch Times.

“It’s a checkup of your placement in the world rankings,” she said.

The TYR Pro Swim Series is a selective high-level national meet, and because of the pandemic, qualifications to participate were set higher to reduce the number of participants.