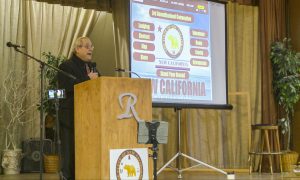 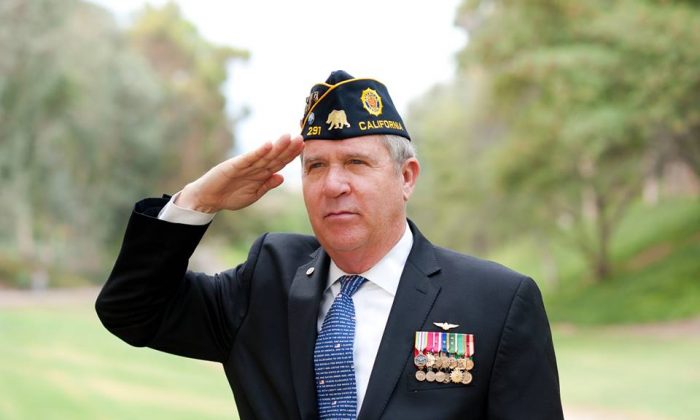 Last November, the Democratic Party seized control of the House of Representatives for the first time in eight years. Not many people would have thought that the historically Republican stronghold of Orange County, Calif. would be a central focus of the national media.

In the 45th Congressional District, which includes the communities of Irvine, Tustin, Orange, Mission Viejo and parts of Anaheim, candidates are already beginning to announce their intentions to run. The District has a 3-point Republican registration lead, which led many to wonder where former Republican Congresswoman Mimi Walters went wrong last fall. After the final results came in, Democrat Katie Porter bested Walters by 4 percentage points.

As of April 2019, a number of Republican challengers have already announced they are running against Porter. The Epoch Times had the opportunity to speak with one of these candidates, Mayor Greg Raths of Mission Viejo about his decision to run.

After a lengthy military career, he was asked by the Pentagon to take on a job as Chief of Staff for the White House Military Office from 1996-1999, overseeing the Air Force One squadron and working with the Secret Service on international diplomatic trips for President Bill Clinton.

Raths who became Mayor this year after 5 years on Mission Viejo’s city council, explained that the reason why Republicans lost in the district was the fact that former Congresswoman Mimi Walters was not engaged with her constituents.

“She appeared to be more engaged with the leadership in Washington. She was looking ahead of the elections, didn’t have town hall meetings and didn’t engage the veterans,” he said.

Mayor Raths’s decision to run follows two previous attempts to run for Congress in the 45th district in 2014 and 2016, after long time Congressman John Campbell retired. In both attempts, he didn’t make it past the primary election, where Mimi Walters went on to serve two terms representing the district.

This time around, Raths expects his five years on city council and recent appointment as Mayor of Mission Viejo to propel him to victory this time around.

First elected to the Mission Viejo’s City council in 2014, Raths mentioned his role in maintaining a balanced budget for the city. “I’m very frugal. My job as mayor is to make sure we don’t overspend.”

He also points out his law and order attitude towards ensuring the safety of his city’s community. “We contract out with the OC Sheriff to assist in policing. We make sure that criminals are punished and the laws are enforced. Security is my number one priority”

On issues facing the district, Raths told The Epoch Times that the cost of living is too high.

“As children grow up it becomes hard to stay here. We need to see how the federal and state governments can help keep locals here,” he explained. “We should be addressing the student debt crisis and promote community college.”

Raths also explained that traffic is becoming a growing issue in the district, and he supports utilizing federal dollars to mitigate the issue.

The mayor also emphasized his prioritization of assisting the veterans’ community. He spent a number of years working on assisting the veteran’s community through various organizations including the OC Veterans Advisory Council. Raths said he has strong support for President Trump’s veteran’s initiatives and would like to work with the President on future legislation in that area.

Raths also placed himself out of the Republican mainstream by stating his support for alternative energy initiatives.

“I want clean air and water, but I don’t want to get too extreme. The Green New Deal is extreme,” he added. Raths stated his interest in finding ways to reduce pollution by looking into alternative energy.

Raths was asked about his thoughts pertaining to Rep. Matt Gaetz’s (R) Green Real Deal, a Republican alternative to the Green New Deal that would incentivize the energy industry to produce cleaner alternatives to fossil fuels. He said he would be willing to speak to Gaetz on the legislation.

In addition, Raths placed a heavy emphasis on pressuring big polluters like China and India to get on board with climate change. “America can’t do it alone,” he stated.

When asked about why he was challenging Katie Porter, Raths said, “I think she is a little too progressive for this district. I think this district, especially South County is more conservative than she is. The first thing she did was join the Progressive Caucus.”

Raths believes that his Christian, pro-life, pro-gun, and history of supporting veterans resonates with the district more than the incumbent.

“I’m mayor of the second largest city in the district.” Raths pointed out. “I have political experience, business experience, and I’ve got Washington experience working 4 years in the White House,” he added.

Many more are expected to enter the race, as there still remains roughly ten months remaining until the primary. California’s 2020 Primary election will be on March 3rd 2020 for all Presidential, Congressional and statewide initiatives.