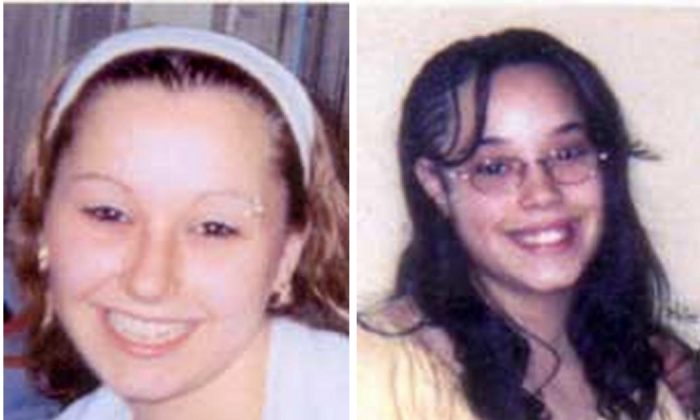 Missing Women Found in Cleveland: One Had a Child

Missing women found after around a decade were rescued in Cleveland, and reports on Tuesday say one had a child.

Amanda Berry, Georgina “Gina” DeJesus, and Michele Knight were freed on Monday evening after Berry reportedly said, “Help me, I am Amanda Berry” in a 911 call to police. She also made a frantic attempt at freeing herself before a neighbor, Charles Ramsey, helped her.

DeJesus, 27, and Knight, 32, were abducted in separate cases around a decade ago. They were found only miles from where they were kidnapped.

Police said Berry is believed to have had a 6-year-old girl, who was also rescued, reported CNN and The Associated Press.

The identity of the child was not released.

Ariel Castro, the man who owned the house where the women were being held, was arrested along with his two brothers in connection with the case.

“The real hero here is Amanda,” Deputy Chief Ed Tomba of the Cleveland Police Department was quoted as saying. “She’s the one that got this rolling. Without her, none of us would be here today.”

Cleveland Mayor Frank Jackson, during a press conference, admitted there were many questions that had not yet been answered.

“Why were they taken, how they were taken and how they remained undetected in the city of Cleveland for all this time?” he asked, according to NBC News.

The three women and the child were taken to a nearby hospital. They were released from the hospital on Tuesday.

“The nightmare is over,” Cleveland FBI Special Agent in Charge Stephen Anthony stated. “These three young ladies have provided us with the ultimate definition of survival and perseverance. The healing can now begin.”