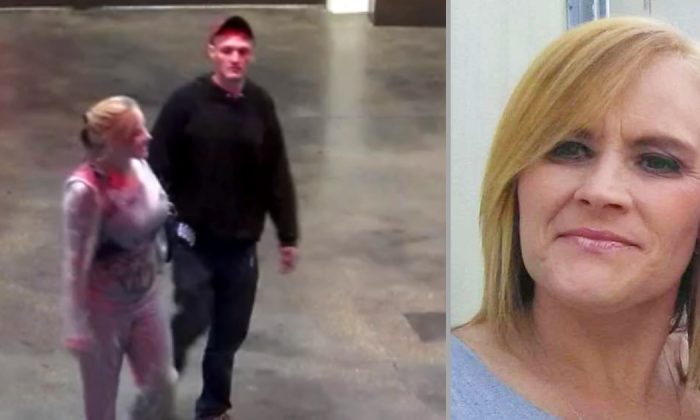 The body of a Louisiana woman has been found after she was reported missing on March 20.

Pineville Police Department confirmed on April 3 they had located the remains of Alana Michelle Zuccaro, 43, who was last seen driving a 1999 Tan Toyota Tacoma on Masonic Drive in Alexandria, 203 miles northwest of New Orleans.

“Search crews acting on information received have located a body near the Washington area,” the St. Landry Parish Sheriff’s Office said in a Facebook post. “Zuccaro was located in a wooded area off Highway 103 in Washington, LA. Notification has been made to next of kin.”

UPDATE ON BODYMarch 27, 2019, Robert McPhearson was arrested by the West Baton Rouge Sheriff’s Office relative to an…

Initially McPhearson refused to say where Zuccaro died but eventually revealed the location to police.

Alana Michelle Zuccaro was missing since March 20. Her boyfriend provided investigators “with the location of Ms. Zuccaro’s body and the circumstances surrounding the murder,” according to the St. Landry Parish Sheriff’s Office. https://t.co/XRkX4x3Bdu

Sheriff Bobby J. Guidroz said the grisly find will help give “closure to the Zuccaro family.”

UPDATE HER BODY WAS FOUND LAST NIGHT. PRAYERS TO HER FAMILY(Press Release in the comments)Det. Adam Rivette of the St. Landry Parish Sheriff’s Office returns to Crime Stoppers and needs your help in locating a missing person.March 20, 2019, Alana Zucarro, was reported missing from the Pineville area. Zucarro and her boyfriend, Robert McPhearson were seen leaving a casino at 1:38 am that morning and appeared to be arguing. The Louisiana State Police located her 1999 Toyota Tacoma later that day on the 6000 block of Highway 103 with no one around. On March 22nd Zucarro’s purse, jacket, and shoes were located next to a nearby bayou. March 27, 2019, Robert was arrested by the West Baton Rouge Sheriff’s Office where he voluntarily admitted that he was the last one to see Zucarro. If anyone has recently came into contact with McPhearson or Zacarro we need your help with information. Agencies have used helicopters, search teams, and k-9’s to locate Zucarro’s whereabouts and to help bring her home. Download our P3 app and tap the app on your mobile device to “Say It Here” and submit your anonymous tips. Be alert, be safe, and God bless you. On behalf of Crime Stoppers, and Det. Adam Rivette, I am Deputy Chief Eddie Thibodeaux.

Concerned citizens, including one of the victim’s family members, thanked authorities on social media for their time and effort in recovering Zucarro’s body.

“St. Landry Crime Stoppers, thank you so much for finding her,” Diane Coker Wiggins said. “It’s a shame for a person so young to die like that. At least the family can have closure.”

“Praying for the family may she rest in peace may God welcome her home with open arms,” Larry Bernard Senior said.

Others expressed sympathy for the victim’s family.

“So sad. Prayers for the family and loved ones of this poor person,” Janice Berard said.

“OMG so sad, my prayers or with her family may she rest in peace,” Tessie Mouton said.

The investigation is continuing and people with information are encouraged to download the P3 app or call the Pineville Police Department on (318)442 6603.

“Tap the app on your mobile device to ‘Say It Here’ and submit your anonymous tips,” Thibodeaux said. “Be alert, be safe, and God bless you.”