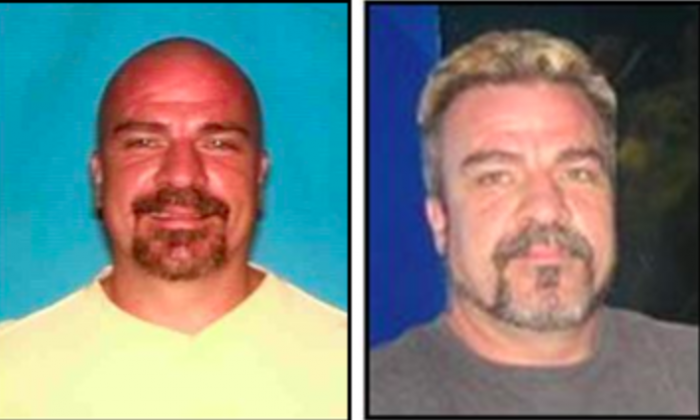 A man who was placed on the U.S. Marshals’ 15 most wanted list for murdering his girlfriend 11 years ago was arrested on Nov. 28, after confirming his identity from his well-publicized missing toe.

William Joseph Greer has been on the run for more than a decade after killing his girlfriend Tammy Marie Esquivel on Dec. 19, 2006, and was arrested by U.S. Marshals in cooperation with Mexican authorities about noon in Nacajuca, Mexico, reported the Daily News.

The 52-year-old man was known for the 2006 Naked Arrest where authorities found him partially naked and intoxicated in Texas a few days after Esquivel was killed. He allegedly confessed to using drugs and “accidentally” killing his girlfriend, according to a U.S. Marshals statement in 2016.

Police arrested him for public intoxication but he was released the next day when they could not find any evidence of the murder. Greer, who was described a “chameleon,” left the state the day he was released from jail.

A murder warrant was issued in January 2007 and Greer was indicted for Esquivel’s murder in March 2007, according to the statement. He was added to the U.S. Marshal Service’s list of 15 Most Wanted Fugitives in January 2016.

At the time of his disappearance, Greer’s unique physical characteristics were widely publicized including scars on his left forearm and left thigh, and a missing toe next to the big toe on his right foot. It was this missing toe that got him captured once again.

According to the U.S. Marshals, after being extradited to the United States, Greer has been turned over to the Harris County Homicide Division.

“As we approach the 11th anniversary of Tammy’s murder, we hope that this arrest brings Tammy’s loved ones some sense of closure,” a U.S. Marshal said during a press conference on Nov. 29.

“They’ve been denied justice for 11 years and this arrest will start the proceedings and close this case up for good,” he added.

On Dec. 19, 2016, Greer’s two sons who were 9 and 13 at the time saw their father drag Esquivel into the master bedroom. Later they heard arguing and gunshots coming from the room, a spokesperson from the Harris County Sheriff’s Department said during the press conference.

Her death was not discovered until a few days later when Greer was arrested for public intoxication, and her body still has not been found.