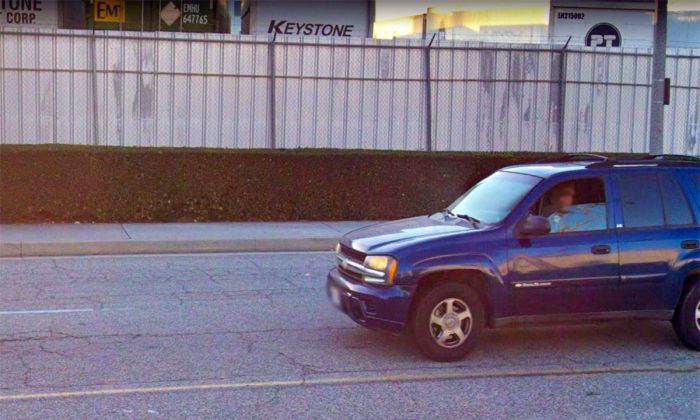 Teenager Samantha Bustos' body was discovered in a bush at the 400 block on Victoria Street in Compton, Calif., on March 25, 2019. (Google Maps Street View/Screenshot)
By Richard Szabo

Authorities have located a teenage girl who went missing in the Los Angeles area on March 22. However, it was not the happy reunion the family had hoped for.

The Los Angeles County Sheriff’s Department discovered the whereabouts of Samantha Bustos, 15, who was last seen Friday in the southern LA neighborhood of Compton.

Her mother, Blanca Bautista, said Bustos and her best friend had planned a sleepover and gone to a party on Friday. The girl promised to return home on Saturday but never showed up.

Her family reported Bustos missing and searched for her on the whole weekend before the sheriff’s department finally found the girl on March 25 at 1:30 a.m. face down in the bushes at the 400 block of Victoria Street, near National Retail Systems in Compton. She was dead.

Bautista received the heartbreaking news and faced the harrowing task of confirming that a photo of the victim was, in fact, her daughter, Bustos.

“They found her and I don’t know what to say,” Bautista told NBC LA. “I don’t have words.”

Update: Officials have identified a 15-year-old girl found dead in Compton Monday morning. Her family said she had been missing since Friday https://t.co/DPh22IpKfg pic.twitter.com/RBnXlGfZVK

The sheriff’s department believes Bustos died from injuries and is now investigating her death as a murder.

“This individual did sustain traumatic injuries to upper torso and is being investigated as homicide,” Lt. Rodney Moore said.

No suspects were identified at the time of publication. Detectives have informed Bautista that Bustos had been spotted traveling in a white Jeep with two young men.

Bautista does not know whether it was a murder but is certain her daughter was hurt.

“They just hurt her, that’s what he said. They hurt her bad,” Bautista said.

The news has gone viral on social media where concerned people expressed their shock and dismay about the grisly discovery.

“Oh my gosh was hoping she’d be found alive rest in peace baby prayers for her family this has to be devastated for the family (sic),” Grace Gonzales posted.

Some were surprised the girl’s friend, who appears to have arrived home safely, did not know where Bustos was.

“The best friend knows nothing?” Marie Madrigal said. “Another child gone, praying for the parents and more so justice be served! RIP.”

“Where the heck is her friend? They need to question that girl,” Martha Estrada added. “This is so sad. Poor parents.”

Others believed the case highlights the importance of children telling their parents where they are going before leaving home.

“I always used to joke that I’d never lie about where I am going because they need to know where to find my body if I go missing,” Denese Sakahara said. “It’s sad but in the world we live in today, it’s true.”

Anyone with information is encouraged to phone the sheriff’s department at 323-890-5500.