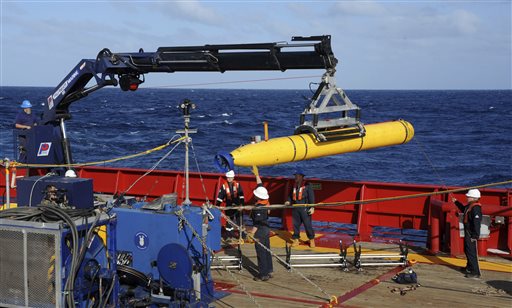 The head of the JACC’s search operations, Angus Houston, said that a review of all the data for the missing flight, which disappeared March 8 with 239 people on board, will be looked over, reported News.Malaysia.MSN.com.

Houston stressed that the plane crashed into the current area of search, located in the southern Indian Ocean.

“The data and technique used by Inmarsat has been independently peer reviewed by a number of organisations outside of Inmarsat, in both the UK and US,” he was quoted as saying this week. Houston was referring to the Britain-based satellite company.

Australia’s Defence Science and Technology Organisation will also carry out more reviews of the data, he said.

The decision comes as some scientists have questioned the methods and the politics surrounding the MH370 search.

“As soon as I saw the frequency and the distance between the pings I knew it couldn’t be the aircraft pinger,” one scientist, who was not named, told News Corp Australia on Friday.

Some underwater scientists have described the search for the missing plane as a “debacle.” They said that Australian Prime Minister Tony Abbott was trying to gain political leverage via the search.

The deep-sea submarine drone, “Bluefin 21,” will again carry out a search of the Indian Ocean. The unmanned submarine will go back to Perth, located in Western Australian, over the weekend.

The Malaysian government says calculations using Inmarsat data showed Malaysia Airlines Flight 370 veered off course and ended in the Indian Ocean after it went missing March 8 while flying from Kuala Lumpur to Beijing.

No wreckage has been found, and an underwater hunt led by Australia continues.

Authorities believe the plane was flown deliberately off course, but are still investigating the cause of the disappearance.

“In moving forward, it is imperative for us to provide helpful information to the next of kin and general public, which will include the data communication logs as well as relevant explanation to enable the reader to understand the data provided,” the statement said. It stressed the data was just one of many elements in the investigation.

The statement didn’t say when or how the data will be released.

Malaysia has been criticized for its handling of the crisis, especially by relatives of Chinese passengers who make up the majority on board the plane.

Earlier this month, family members urged Malaysia, China and Australia to review Inmarsat data for its accuracy. In a letter to the countries’ leaders which is also posted on their Facebook page, the relatives said the data did not “support a definitive conclusion that no other flight path was possible.”

“We feel that it is necessary that the data be subject to independent third-party review. It is our hope that with out of box thinking, the whole world can help to look for the plane,” the letter said.

The search has moved into a new phase, with a Chinese navy survey ship to start mapping the seabed off the west Australian coast this week.