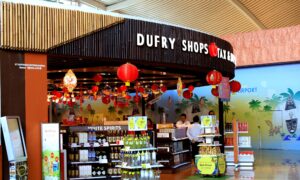 Martin Dolan, the head commissioner of the Australian Transport Safety Bureau, stated that he had to spend the weekend switching between the two investigations, reported The New York Times. Dolan said he sent two officials to Ukraine, who were previously trying to coordinate the contracting to find missing Flight 370.

Flight 370 disappeared more than four months ago. Officials believe the plane, which had 239 people on board, crashed in the Indian Ocean.

Australia sent about 45 officials to Ukraine to investigate the matter. Meanwhile, Malaysia has had to send 133 people to Ukraine.

Australia also announced that Angus Houston, the official in charge of the search for Flight 370, will be sent to Ukraine as well.

Australia is close to finalizing a deal with Ukraine to send police and a small number of troops to secure the Malaysian plane crash site as part of a multinational team, the Australian prime minister said Friday.

Australia has 90 federal police officers in Europe ready to be deployed to the site in eastern Ukraine where Malaysia Airlines Flight 17 was downed last week, Prime Minister Tony Abbott said. Some of the officers could be armed, and would be accompanied by members of Australia’s defense force, he said.

Armed pro-Russian separatists control the area and have hampered investigators’ attempts to access the site.

Abbott stressed that the team, which would include countries that lost citizens in the disaster, would not be going in as part of a military mission.

“This is a humanitarian mission … with a clear and simple objective: to bring them home,” Abbott told reporters in Canberra, the nation’s capital. “Others can engage in the politics of eastern Europe. All we want to do is to claim our dead and to bring them home.”

All 298 people aboard the plane were killed when it was shot down on July 17, likely by a missile from territory held by pro-Russian rebels. Thirty-seven Australian citizens and residents were on board.

The urgency to secure the area grew after three Australian officials traveled to the crash site on Thursday and found more wreckage and human remains, Abbott said.

“With these remains exposed to the ravages of heat and animals and to the continuing possibility of human interference, it’s more important than ever that the site be properly secured,” Abbott said. “Our objective is the remains can be recovered, that the investigation can go ahead and that justice can be done.”