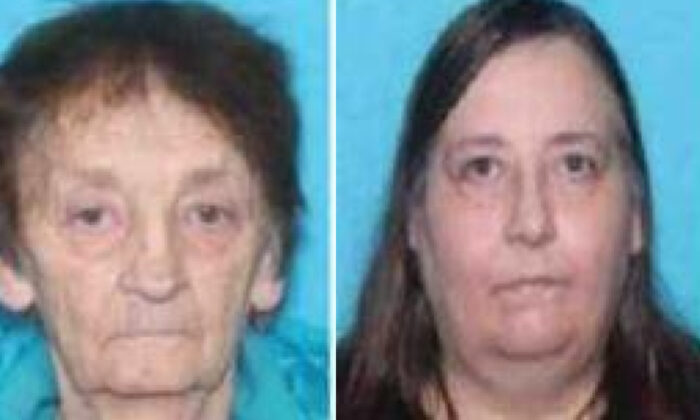 COEUR D’ALENE, Idaho—Two missing Oregon women were found in an Idaho forest Friday, the mother dead from the elements and the disabled daughter alive with their broken-down vehicle.

A hunter discovered the mother’s body in the Solitaire Saddle area of the Panhandle National Forest and reported it to the Kootenai County Sheriff’s Office at 11:45 a.m. Friday, The Spokesman Review reported.

Authorities then discovered the broken-down vehicle nearby with the other woman still alive.

The sheriff’s office said the women—Dorothy “Kae” Turner and her daughter Heidi Turner, according to the Pendleton Police Department in Oregon—were driving to Utah and following a navigation system when they got lost in the northern Idaho forest.

When their vehicle broke down, the mother left to find help but died from exposure to the elements while the daughter, who is mentally disabled, stayed behind.

They were reported missing from Pendleton, Oregon, on Wednesday.