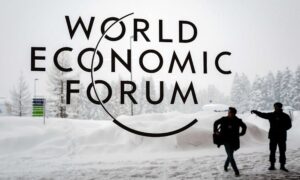 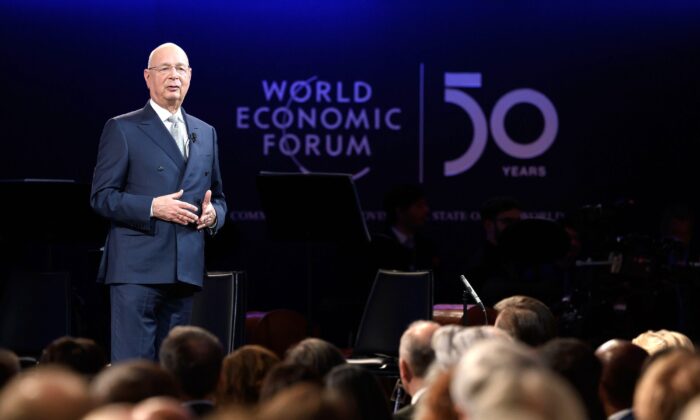 Missing From the WEF’s Great Reset: A Moral Compass

Globalization has afforded non-governmental organizations, the ultra wealthy, and Big Tech power and influence on a global scale once reserved for the world’s superpower states.

The World Economic Forum, which describes itself as an international organization for public-private co-operation, has proposed a “Great Reset” initiative to rework global economics to address the challenges of the post-pandemic world. The WEF paints a picture of a 2030 in which America will lose its place as the preeminent superpower, a billion people will be displaced by climate change, carbon will be taxed globally, and “you will own nothing and be happy.”

The WEF frames the afflictions of the world primarily in economic and climate terms while advocating that individual property rights can be discarded, privacy can be sacrificed, and national sovereignty can be dissolved—all for the greater good of addressing these two so-called existential threats. That it has the means to further this agenda is undeniable, as it is backed by world leaders, tech oligarchs, and the ultra wealthy who are seemingly eager to implement these changes on behalf of the rest of us.

But for all the proposals put forth by the WEF, there is little talk of principle. In line with other NGOs like the United Nations, the Great Reset adopts a value neutrality model, where moral relativism hinders any adoption of moral principle to guide policy and action.

Value neutrality, however, is not a sufficient doctrine to regulate global organizations who seek power and permission to change the world. There must be founding principles as cornerstones to ensure a consistently virtuous course of action. To this end, a robust conversation around guiding moral principles is imperative from those who seek to shape our future.

Mankind’s great civilizations prospered under a moral foundation, but crumbled under its demise. Ethics were not transient, but rather the cornerstone of society from which prosperity naturally arose. History has shown that sustainable economic success is necessarily tied to a stable moral currency.

Flourishing trade and economic growth stemmed from an environment where virtues like integrity, truth, and industriousness spurred invention, fostered mutually beneficial trade, and invigorated the endeavours of the populace.

In the East, China sustained 5,000 years of dynastic rule where Taoism, Confucianism, and Buddhism encouraged transcendental and ethical thought. The five virtues of Confucianism—benevolence, righteousness, propriety, wisdom, and fidelity—fortified China’s ingenuity and rich culture, resulting in such pivotal inventions as the compass, gunpowder, paper, and the abacus.

The ancient Greeks established the foundations for modern fields of study such as mathematics, biology, engineering, and linguistics, among others, while establishing democracy and the modern justice system. From Socrates to Aristotle to Plato, a vigorous debate around ethical principles was a key feature of Grecian life.

America combined the Athenian foundation with Judeo-Christian ethics to create the most prosperous nation in modern history. Its core virtues were embedded in the Constitution and the establishment of one nation under God, and a belief that a moral foundation would result in net benefits on an individual and national level.

It may be tempting to take solace in the idea that a capable group of global elites is hard at work solving the existential crises of our day, but this is not the time to abdicate our say in the future.

The WEF will need to sell its vision, not through compulsion but through adopting concrete ethics and principles sufficient to convince people that the self-restraint and sacrifice it is demanding will indeed serve the greater good. The only other way to impose such a reworking of the world economic structure is through force, as a global ruling body will inevitably erode liberty, freedom, and self-determination. The last century has shown that centralized power always ends in totalitarianism sustained by violence.

Every nation that has adopted this model of amoral governance has ended in poverty, tyranny, or both. Think the Soviet Union, Cambodia, China, and Cuba. There are no exceptions. If the WEF does away with prescriptive moral principles, the results will be no different.