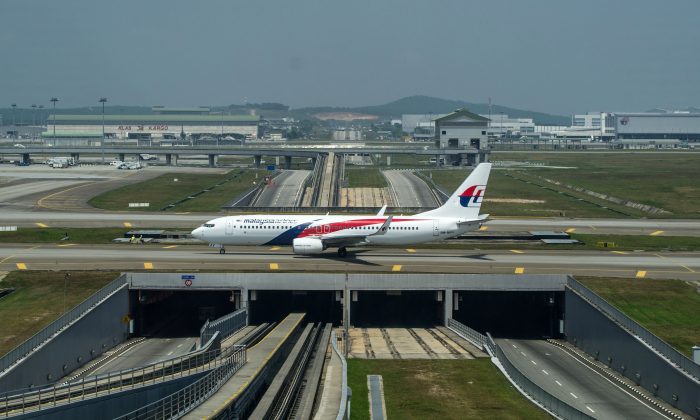 Officials in charge of the hunt for missing Malaysia Airlines Flight 370 said progress has been made in finding the airliner.

The Joint Agency Coordination Centre issued an update on Wednesday regarding the search for the missing Boeing plane in the southern Indian Ocean.

“The current bathymetric survey work was completed on 26 October and all data has now been analyzed with a total area mapped of over 160,000 square kilometers,” the report said.

It said the GO Phoenix, the vessel used by Malaysia, “commenced underwater search operations on 4 November.” And meanwhile, more than “3,000 square kilometres of the ocean floor have been searched to date.”

The GO Phoenix went back to Fremantle, Australia, to resupply before starting its underwater search on Tuesday, reported 9 News in Australia on Wednesday.

Last week, the Dutch Fugro Discovery searched the area, but it suspended operations over bad weather conditions. The operations started up again when conditions improved. The Dutch Fugro Equator went back to Fremantle on Friday and will depart next week.

Flight 370 disappeared March 8 with 239 people on board as it was going from Kuala Lumpur to Beijing. Officials determined that the plane turned around and crashed somewhere in the Indian Ocean.

The report comes a few days after two Malaysian children sued Malaysia Airlines and the government on Friday over the loss of their father on Flight 370.

Jee Kinson, 13, and Jee Kinland, 11, accused the civil aviation department of negligence for failing to try and contact the plane within a reasonable time after it disappeared from radar.

The suit filed at the Kuala Lumpur High Court alleges the airline was negligent and failed to take all due measures to ensure a safe flight. It also named the directors-general of civil aviation and immigration, the country’s air force chief and the government as respondents and alleged they committed gross neglect and breach of duty.

“We have waited for eight months. After speaking to various experts, we believe we have sufficient evidence for a strong case. A big plane missing in this age of technology is really unacceptable,” their lawyer Arunan Selvaraj said.

The boys are seeking damages for mental distress, emotional pain and the loss of support following the disappearance of their father, Jee Jing Hang. He operated an Internet business earning monthly income of nearly 17,000 ringgit ($5,200).