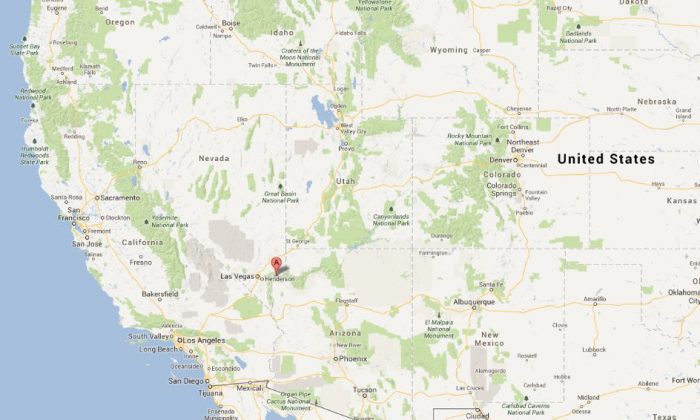 A Google Maps screenshot shows the Lake Mead National Recreation Area along the Nevada and Arizona border.
US

Missing boy scouts were found over the weekend along the Nevada-Arizona after an adult they were with died.

Officials said that 69-year-old man from Las Vegas died during a trip to the Lake Mead National Recreation Area over the weekend. Four Boy Scouts he was with went missing and were rescued, according to reports.

The man, Clawson Bowman Jr., was found dead around one mile from White Rock Canyon along the border between Nevada and Arizona, the Los Angeles Times reported. He was reportedly suffering from heatstroke as temperatures soared to 110 degrees Fahrenheit.

The Scouts got lost and were forced to call for help. They were missing for around four hours before they were rescued.

“Our sympathies go out to the Bowman family,” said Christie Vanover, a spokesperson with the park, in a statement obtained by 8 News Now. “We are thankful that, with the support of around 30 first responders, the others were safely rescued. The boys were very brave this afternoon as they tried to explain their location to our dispatchers.”