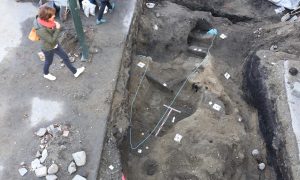 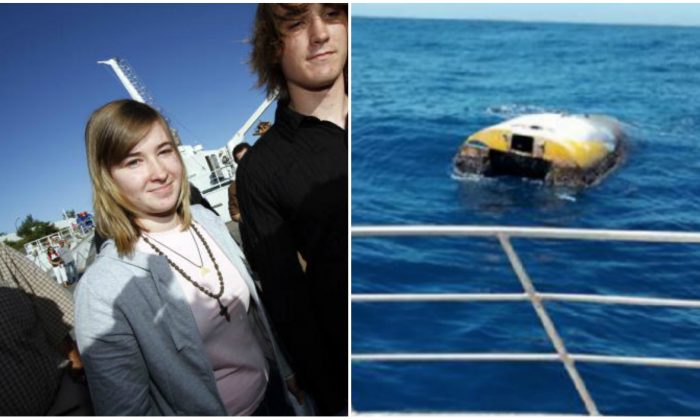 A sailing boat destined for greatness that was abandoned nine years ago has just been found.

Back in 2010, 16-year-old Abby Sunderland set out on her quest to be the youngest person to sail around the world.  However, the quest and the boat were both abandoned when Sunderland became caught in high winds.

The boat, known as “Wild Eyes,” had been drifting around the Indian Ocean for the past nine years since June 2010.

At just 16-years-old, Abby Sunderland embarked on her quest to become the youngest person to sail around the world.

The journey of a lifetime ended on June 10 when the American teen was sailing in high winds and suffered multiple knockdowns in a remote area of the Indian Ocean. She was northeast of the Kerguelen Islands, almost 2,000 miles west of Australia, reported 9 News.

The teen had made several broken calls to her family in Thousand Oaks, California, and reported that 30-foot waves were tossing her yacht around, according to Oakland Press.

Support team member, Jeff Casher, said Abby had to make repeated calls with her cellphone because of sketchy connections.

“She hung up to go check some things and she never did call back,” he said.

An hour later the family was notified that her emergency beacons had been activated, and there was no further communication.

Despite the distress signals, Abby’s family and support team were confident she was alive as the beacons had been deliberately turned on rather than set off automatically.

“She’s got all the skills she needs to take care of what she has to take care of, she has all the equipment as well,” her brother Zac said, himself a veteran of a solo sail around the world at age 17.

After a tense 20 hours of silence, a Qantas Airbus A330 search plane launched from Australia’s west coast made radio contact with Abby Sunderland.

Search coordinator Mick Kinley, acting chief of the Australia Maritime Safety Authority, said the yacht’s mast was broken—ruining satellite phone reception—and was dragging with the sail in the ocean.

However, Abby told searchers she was doing fine with a space heater and at least two weeks worth of food, according to family spokesman William Bennett.

“The aircraft [crew] spoke to her,” Kinley told reporters in Canberra. “They told her help was on the way and she sounds like she’s in good health.”

“She’s going to hang in there until a vessel can get to her in about 24 hours,” he said.

The plane faced a 4,700 mile round trip from Perth to Sunderland’s boat, which is near the limit of its range, he said.

Qantas spokesman, Tom Woodward, said the airline flew five hours out to sea to reach the area where the beacons were transmitting and then maneuvered for another hour before spotting the 40-foot yacht.

Abby’s rescue by French and Australian authorities cost an estimated $300,000, sparking controversy that taxpayers had to pay for it, reported Adelaide Now.

Abby had to abandon her expedition as well as her boat. “Wild Eyes” was dismasted, stripped of its equipment and left capsized to drift about the sea, until now.

The 40-foot yacht was spotted in waters off Kangaroo Island on the afternoon of New Year’s Eve.

The “ghost boat” had managed to stay afloat all these years, now covered in sea barnacles.

It is not clear yet what will become of the vessel, which was once destined for greatness.

How’s this? A yacht abandoned in rough weather in the middle of the Indian Ocean in 2010 by then 16yo American Abby Sunderland, has washed up off Kangaroo Is. #FIVEaaNews https://t.co/7yUSZqqAIu pic.twitter.com/4R56cPwTHA