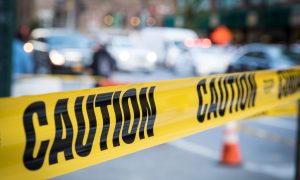 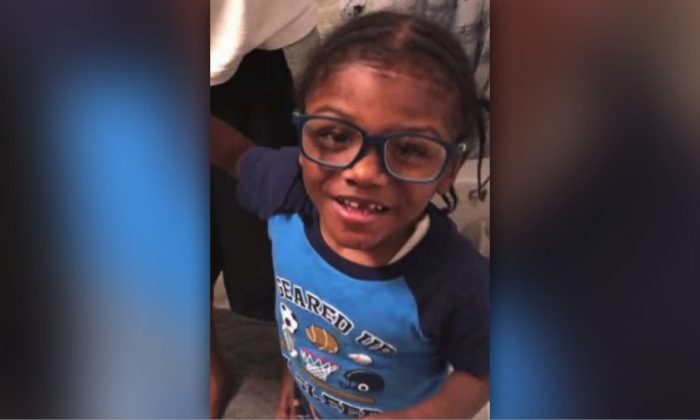 The body of missing 4-year-old Malachi Lawson was found in a dumpster in Baltimore, Maryland, on Aug. 4, 2019. (Baltimore Police Department)
Crime and Incidents

Baltimore police have announced that a 4-year-old boy reported missing has been found dead.

Malachi Lawson was reported missing on Aug. 1, according to a Baltimore Police Department statement, sparking an “immediate and aggressive search” involving members of the community and the FBI.

Police said in an update on Saturday that the boy’s mother, Alicia Lawson, admitted to authorities that her son was not missing but was, in fact, dead.

The little boy’s body was found in a dumpster shortly before 5 a.m. Saturday, police said, adding that it bore “obvious signs of injury.” The police did not elaborate on the type of injuries the boy had suffered.

“Last night, after extensive interviews with Malachi’s mother, she confessed that her son was not missing but deceased. She subsequently gave detectives the location of the child’s remains, which were in the 5500 block of Haddon Avenue,” Harrison said. “The biological mother and her partner will be charged with child neglect resulting in the death of a minor.”

Harrison added that Malachi’s body had been taken to the medical examiner to determine the exact cause of death.

Police, cited by WBAL-TV, said that later on Saturday, Alicia and Shatika Lawson were both charged with neglect resulting in the death of a minor, first-degree child abuse, reckless endangerment, tampering with evidence and false statement.

“This was extremely shocking to the community,” Harrison said during the conference. “I’d like to thank everyone who dropped what they were doing to help us try to locate him. This was a communitywide effort.”

In an earlier statement on Friday, Harrison said the little boy walked with a limp because one of his femurs was broken when he was an infant. Baltimore Police Detective Donny Moses added that officers were told that the child may have been on the autism spectrum.

The FBI issued a statement, saying that the agency “shares in the sorrow the Baltimore community is feeling today regarding the news about Malachi.”

The FBI shares in the sorrow the Baltimore community is feeling today regarding the news about Malachi. We would like to join our partners at the @BaltimorePolice and thank everyone for their assistance since his disappearance on Thursday. https://t.co/FR2I8oxdq7

In an earlier statement to WBAL-TV, Malachi’s great uncle, Mike Code, said of the little boy: “He’s quiet, he’s a lovable kid and likes to play a lot, and if anybody has seen him or knows about him, please bring him back.”

According to ABC News, about 100 volunteers took part in the search for Malachi.

“A lot of us are fathers,” said Heshie Klein, vice president of Operations for the Shomrim Safety Patrol, told Baltimore ABC affiliate WMAR. “A lot of us are grandfathers and you have a 4-year-old child missing, defenseless. It struck a nerve.”